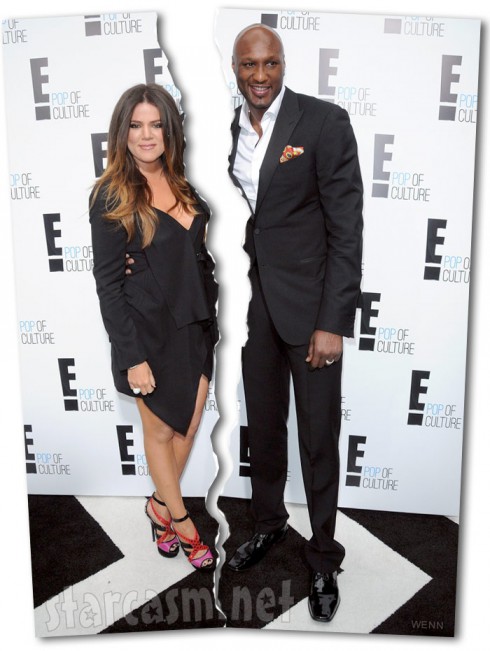 After months of speculation, Khloe Kardashian officially filed for divorce from Lamar Odom, her husband of four years.

The legal documents were filed by attorney Laura Wasser in Los Angeles Superior Court today. Khloe cited the standard “irreconcilable differences.” She is also requesting that the judge restore her maiden name.

Even though Khloe and Lamar wed within one month of meeting each other in 2009, multiple sources say they took the time to write up an “iron-clad prenup.” This will keep property negotiations simple.

Khloe and Lamar’s much-publicized marriage problems really seemed to begin last July when sources reported Lamar had been cheating on Khloe for more than one year with a woman named Jennifer Richardson. One month later, another one of Lamar’s alleged mistresses came forward. In late August, news broke that Lamar was battling a serious crack cocaine addiction.

Following a DUI and reported ultimatum from Khloe, Lamar checked into rehab. Unfortunately, he checked himself out the next morning.

In spite of that all, sources say Khloe did not make the final divorce decision until seeing a video of a seemingly intoxicated Lamar rapping about cheating on her.