Krishna Lakshmi? I dunno. I love me some Padma (I imagine sitting with her for a candle-lit dinner of consumme with foie gras and black truffles paired with the perfect red wine. She compliments my cooking, then leans over and whispers in my ear, “Asa, unpack your knives and stay.”) but that name is a little harsh. I’m going to channel Toby Young and say that “Krishna Lakshmi” looks like Alphabet Soup leftovers from someone allergic to consonants. Nah, just kidding! I like a, i, k and sh just as much as the next guy! A little snark just always seems appropriate when talking about Top Chef judges. 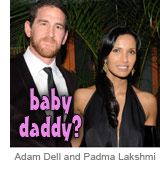 Padma still hasn’t revealed who the baby daddy is, though there has been a good deal of speculation that it is Adam Dell, brother of the founder of Dell Computers, Michael Dell. The timing seems to fit with the photo on the right, taken at the New York Junior League’s 57th Annual Winter Ball on February 28, 2009. Maybe that was the first hook up?

UPDATE! Starcasm is proud to announce we have an exclusive first look at Padma Lakshmi’s baby daughter Krishna! 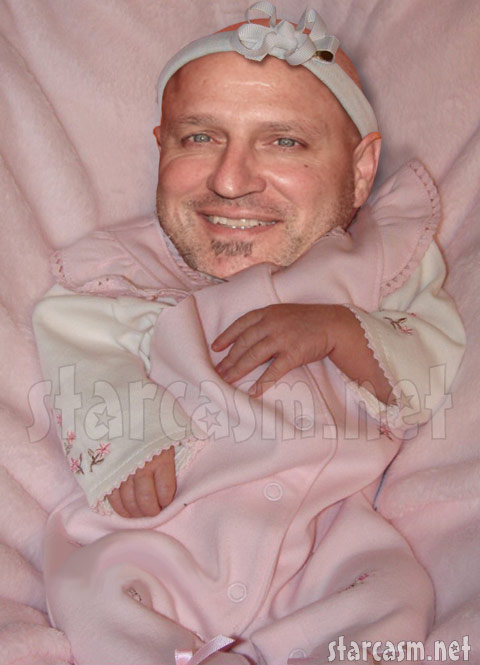