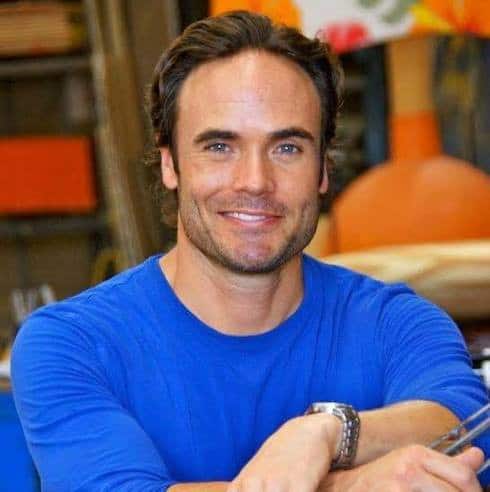 Yard Crashers, one of HGTV’s longest-running series, is currently chugging along at Season 16 and showing no signs of stopping anytime soon. Partly due to the fact that it’s been so very long-running, the show has long faced a bevy of questions as to its veracity. Thanks to former host Matt Blashaw answering almost all of them–and former participants revealing some of the show’s behind-the-scenes tricks–we’ve been able to put together a proper FAQ about the show, for your informational pleasure!

Is Yard Crashers free?
Technically, yes–but there’s a catch in the handling of the financials. While all of the materials and labor are provided to the homeowner at no charge, the show’s production company works its end by hiring the homeowners as freelance labor for their specific project. Then, the cost of the project is tallied, and the homeowners receive a check for that amount, as explained by one former participant. Said Reddit user ZClevenger, “They add up all the costs (appliances, labor, etc.) and file a 1099. So it basically shows up that I earned an extra $40,000 in income and I have to pay the taxes. So you’re basically paying +/- $10,000 in taxes for a +/- $40,000 increase in value to your home.”

In other words, no: Yard Crashers is not absolutely 100% free. But, as the AMA reveals, you’re essentially getting a huge discount on the cost of the repairs by agreeing to appear on the show. 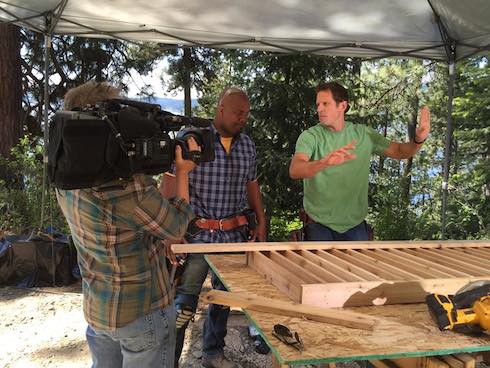 Does Yard Crashers really complete all of its projects in the allotted time? Do they really finish in two days?
The answer is a resounding “Yes!”, and it turns out that there’s a very practical reason why. We’ll let Matt explain:

After I do the drive up, introductions and design reveal, we don’t started with demo until around 9:30 or 10 a.m. We do however work overtime into the night as long it takes to get up to speed. Sometimes we get done around 8 p.m. or in some rare instances 2 a.m. the next day. You can always tell how long I’ve been awake by counting the rings under my eyes. To top it off, we have to be done building by 3 p.m. on day two in order to get done with all of our interviews and “after shots” before the sun goes down.

Again, though, there’s a slight technicality to consider. Yard Crashers doesn’t go to work on a project as soon as the host & crew get the green light from the homeowners. “Typical turn around time,” explains Matt, “is 30-60 days,” because the show is “a logistical nightmare.” It takes several weeks to line up all the elements of one Yard Crashers episode, something Matt Blashaw is quick to point out: “We have to not only draw up the design, but also order all of the materials, synchronize deliveries of all those materials, hire the proper contractors to help out and get all the proper permits in order. I don’t know of anyone that could do that in one night, let alone a few days.”

ZClevenger summed the timeline up nicely: “It was a risk I had to take when agreeing to be on the show that if they run out of time, they are out of there and that’s it whether they are done or not….Basically, if they don’t get the sh!t done [on time], they are out of there. Doesn’t matter if it is half way done, tough luck–so you better work your a$$ off and have plenty of freinds around to help on whatever is needed.” 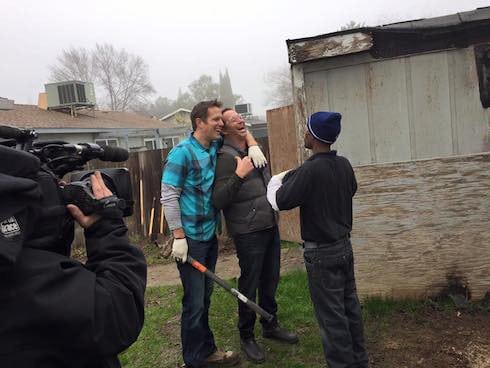 Are the homeowners on Yard Crashers really picked on the spot in a hardware store? Are any of them actors?
No to the “actors” question: all of the participants on Yard Crashers are actually, literally approached by the host in a hardware store (Matt’s personal preference as host was Lowe’s) and asked if they want to be on the show. “Nine times out of ten,” said Matt, “I find them. We do have backups that we do call in if the day is looking pretty slow. We can’t afford to have a day that we don’t find anyone….So for everyone that thinks that all the homeowners are fake, it’s just not the case.”

In a 2013 interview, Blashaw revealed that, while some people are happy to see him, and others recoil, occasionally, people go a little bit too far:

It’s no longer people running into my arms. It’s now actually people picking me up and taking me out of the store. It happened just in San Francisco. I had this gentleman who was this big, sumo-looking guy. And I was talking to the wife and she was like, “Matt will you come to our backyard? We love the show.” And all of a sudden this huge man comes running over and says, “Maaaatttt!” And he picks me up and he takes me out of the store. He literally threw me over his back. So, it’s good. I must be doing all right.

OK; I’m sold. But how do I get on Yard Crashers?
A lot of getting on the show is simple luck. While announcements about upcoming cities do go out from time to time, many of the show’s episodes are filmed in California. Beyond that, you also need a yard that looks somewhat “crappy,” without putting too fine a point on it. A good attitude also helps, as current host Chris Lambton recently revealed: “”At the end of the day, I have to work with these people for two days. And they’re long 12- to 15-hour days, so the biggest thing for me is that they have to be happy and goofy and make the experience fun.”

You can also try getting on the production company’s radar by submitting a few photos and a brief bio through the DIY website, and hope that the show will be looking for volunteers in your area in the near future.

Yard Crashers airs on both HGTV and DIY.