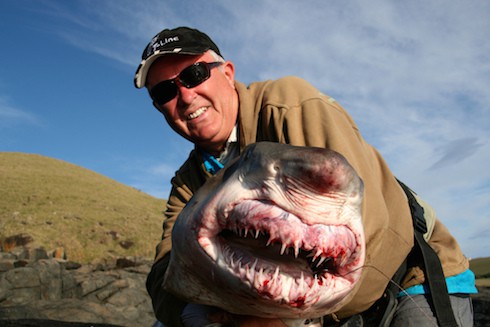 Every year, Shark Week attracts millions of fanatical viewers, all of whom swarm like carnivores in the water after a bucket of chum. And every year, one small, crucial question goes unanswered: Why? Why is Shark Week a thing?

Not that sharks aren’t interesting, or neat, or worth our attention. The amount of attention Shark Week gets, though–to say nothing of the amount of unrestrained glee it seems to inspire–would appear to be far out of sync with reality. And the programming itself is far out of sync with reality; Discovery Channel doesn’t really try to hide the fact that a great deal of Shark Week shows are 100% fake. For example, the now-infamous mockumentary Megalodon: The Monster Shark Lives remains the single most-popular Shark Week program of all time, and is still one of the top all-time programs in Discovery Channel history.

But it seems like all we can say for sure is that Shark Week is indeed a very popular week of programming on Discovery. The reasons why it’s so popular are much more elusive. In fact, you might say that they’re as elusive…as the megalodon itself. 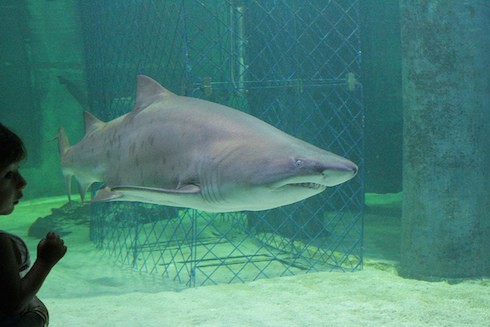 For one thing, sharks are massive carnivores, and footage of them tearing huge chunks of flesh out of other creatures is bound to inspire awe. For another, there is at least some education sprinkled in with your entertainment, which means you can watch shows with titles like “Return of the Great White Serial Killer” or “Bride of Jaws” or “Ninja Sharks”–which are all real; you can see the full Shark Week program listing here–and feel like you’re justifying a gulity pleasure with a little bit of learning.

And there are the Shark Week drinking games. Oh, the drinking games. There’s BroBible’s “Official Drinking Game of Shark Week,” the officiality of which may be dubious, but the glowing reviews of which are not; there’s this year’s CollegeCandy “Super Official Shark Week Drinking Game;” there is, to be honest, an endless and overwhelming supply of them. And each one further proves the point: Shark Week is really popular. 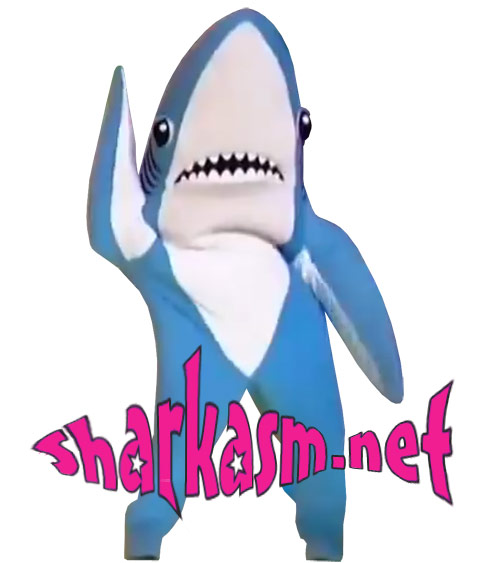 So maybe, at least in part, the answer to the question “Why?” is simply “Because.” If something is popular enough to have its own series of drinking games, the thing itself unofficially has its own rationale. More than one publication refers to Shark Week’s “obsessive cult following.” Huffington Post describes ours as a “morbid fascination,” which puts Shark Week in the same general category as car crash footage and celebrity death obsession. The implication seems to be that, because the root cause is something we all experience in some form, a large number of people is just always going to be interested in it.

(Also worth a mention is the 2010 Newsweek consideration of Shark Week, which suggests that everyone who gets sucked in every summer is trying super-hard–at least a little bit–to be cool and ironic about the whole thing. If you watch Shark Week and also thought Snakes on a Plane was hilarious, raise your hand.) 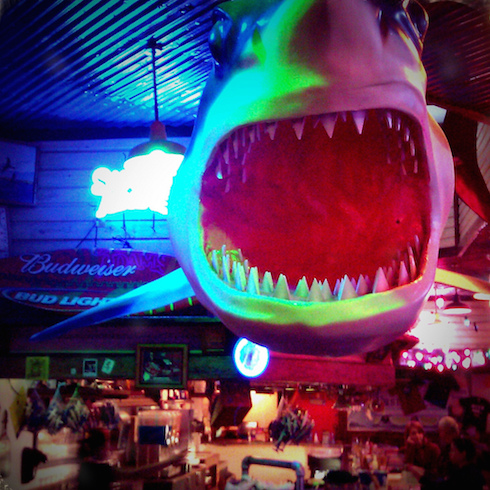 At least the story of how Shark Week came to be is somewhat straightforward. According to Michael Sorenson, Vice President of Development and Production at Discovery Channel, a group of execs at the network noticed that shark-related programming had, on average, double the ratings of all other programming at Discovery. The year was 1987, and block-based programming–night- or week-long chunks of airtime dedicated to one particular demographic–was coming into its own. (For sake of comparison: TGIF debuted two years later, in 1989; Nickelodeon’s SNICK would come along in 1992.)

So, says Sorenson, the idea was rather straightforward: One exec passed a napkin across the table, and it had a two-word phrase scrawled across it: “Shark Week.”

Sorenson points out another possible reason for Shark Week’s popularity: Discovery airs zero shark-related shows outside of the week, so there’s a scarcity of material for 358 or so days of the year.

So: What do you, the viewers at home, think? Is Shark Week a self-justifying, super-cool phenomenon–something that makes sense on its own merits? Or are you still trying to figure out what all the fuss is for?