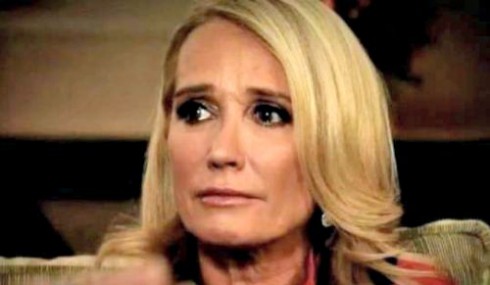 Kim Richards’ concerned family got her placed on an involuntary psychiatric hold earlier this month so doctors could evaluate the troubled Real Housewives of Beverly Hills star’s mental well being, multiple sources report. She was arrested days before for allegedly shoplifting $1,000 in merchandise from a Target.

“Her family checked her in,” an insider told Us Weekly on August eighth. “She wants to get out ASAP, but her family refuses.”

Another source told Radar Online “[Kim’s family was] at the end of their rope trying to get her help and decided to force her to get it.”

Fortunately, by the time the 5150 hold expired three days later, Kim reportedly “realized that she needed help.” An insider said she voluntarily checked into an inpatient treatment facility in Orange County–to her family’s delight.

“Kim hit rock bottom and is finally ready to do the work needed to get her life back on track,” one source said of the former child star, who was also arrested in April for being drunk in public and kicking a police officer.

She was later fired from Real Housewives of Beverly Hills.

Kim is reportedly currently in treatment.