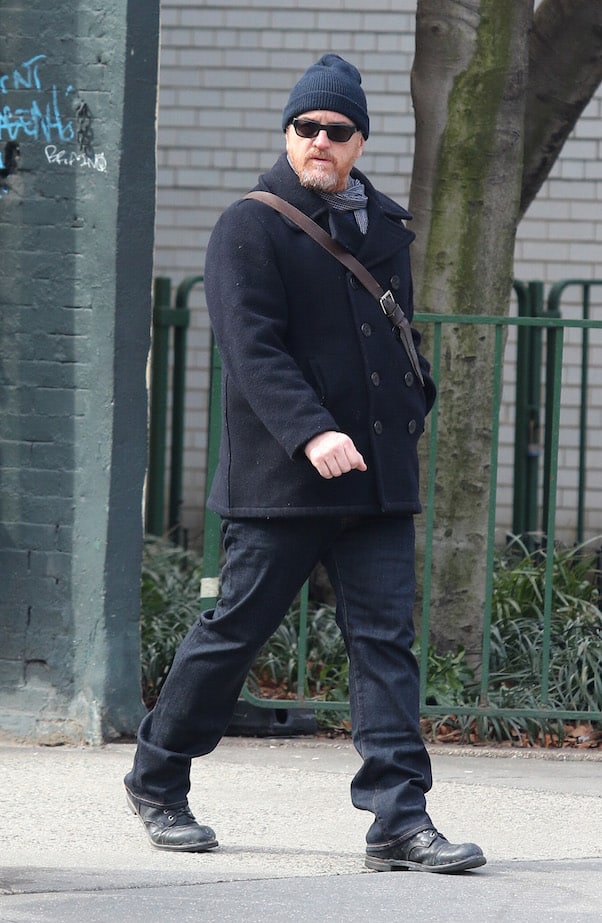 Louis CK has never been a completely guilt-free experience, and he himself has never wanted to be. Some of his best-known comedy includes bits on hateful language; playful racism; dead babies; and, in the case of his 2010 special Hilarious, a riff on having sex with dead children. This may sound damning, after the couple of years he’s had. But there’s also almost always been an element of playfulness to CK’s comedy. Sometimes his bits conclude with a self-deprecating brush-off (at the end of a 2008 routine on three taboo words: “I don’t care. Someone will kick my ass”), and sometimes CK admits that he only said the shocking thing because his audience’s discomfort makes him laugh.

Given that, it seems worth asking the following question: exactly what is Louis CK doing? Is the playfulness gone, or was it never really there in the first place? Because in light of the verified sexual misconduct claims against him, his mean-spirited new material, and now his attempts at silencing audiences on his comeback tour, it would appear that the good-natured-if-gleefully dark crank of old is simply choosing to become a late middle age curmudgeon.

If it’s the latter, it’s been a long time coming. Gossip about Louis CK’s in-your-face masturbatory habits was widespread in comedy circles for years; it wasn’t until 2015, when Jen Kirkman alluded to CK in describing the “weird treatment” that made the “decision to go on tour with him” very difficult, that the talk started to go mainstream. Kirkman later clarified her original remarks, saying she “never was sexually abused,” and the gossip dissipated for awhile.

Then, in the fall of 2017, the New York Times published an article featuring interviews with five women who claimed that Louis CK had masturbated in front of them (or, in one case, during a phone call) without their consent. CK acknowledged that the women’s stories were true in a statement that seemed rather more self-reflective and encouraging than most of the non-apologies issued by accused men as the #MeToo movement gained momentum:

…what I learned later in life, too late, is that when you have power over another person, asking them to look at your dick isn’t a question. It’s a predicament for them. The power I had over these women is that they admired me. And I wielded that power irresponsibly.

…I also took advantage of the fact that I was widely admired in my and their community, which disabled them from sharing their story and brought hardship to them when they tried because people who look up to me didn’t want to hear it. I didn’t think that I was doing any of that because my position allowed me not to think about it.

There is nothing about this that I forgive myself for. And I have to reconcile it with who I am. Which is nothing compared to the task I left them with.

…I have spent my long and lucky career talking and saying anything I want. I will now step back and take a long time to listen.

So: that was Louis CK, in November of 2017, appearing to agree that he had abused his power in the comedy world, (sort of) apologizing for it, and then saying that he would “step back” for a long, unspecified period, to try and learn from his mistakes.

Except that nine months later, in late August of 2018, CK started doing stand-up again. He didn’t acknowledge any of the sexual improprieties that had sent him into a brief hiatus. For the rest of the year, CK made sporadic comedy club appearances, culminating in a New Year’s Eve set that featured a rant punching down hard at the students who survived the Stoneman Douglas High School shooting (more commonly known as the Parkland shooting). Among the jokes:

They testify in front of Congress these kids…What are you doing? You’re young you should be crazy, you should be unhinged. Not in a suit saying “I’m here to tell you…” F*ck you… You’re not interesting because you went to a high school where kids got shot. Why does that mean I have to listen to you? Why does that make you interesting? You didn’t get shot. You pushed some fat kid in the way and now I gotta listen to you talking.

And now comes the latest chapter in this weird story. It seems that CK has been booking shows in secret, not announcing them on his website, and also trying to intimidate audiences out of recording anything he has to say. Twitter user James Shotwell revealed as much ahead of CK’s current string of shows in Minneapolis: the comedian requires audience members to put their cell phones in YONDR pouches before his set, and has some stern legal language for anyone who may have snuck in a recording device anyway. Via Shotwell’s tweet

This seems an unnecessary threat unless you’re worried about more bad publicity. It’s worth pointing out that most comedy audiences abide by the unwritten rule of not bootlegging a comedian’s material, no matter how big the name. I remember browsing YouTube for new Louis CK clips while he was on tour working out the material that would become Oh My God and coming up with almost nothing. It’s hard to believe that things have changed since then even after just the first of CK’s three current controversies.

So, to ask again: what is Louis CK doing? From the outside, it looks like he’s destroying the legend he’d built up for himself, one based largely on the idea that he’s a decent guy with his hands full parenting and a knack for off-kilter depictions of more or less common situations, plus dick jokes. If you’re feeling especially generous, it’s not so hard to imagine a scenario where CK cooked up an elaborate, Joaquin Phoenix-esque plan to stage a phony cranky comeback, then document the whole thing in secret to see how quickly and to what extent the world would turn on him.

But at this point, that long shot is maybe the best case scenario. The more likely answer is that Louis CK, rather than spend an indefinite hiatus listening to women who’ve been wronged by powerful men, just wanted to get back onstage after nine months. And then got angry when everyone didn’t welcome him with open arms. And is now angry and paranoid about his new material causing controversy before he can release it himself. If it’s a far cry from the Louis CK of just a few years ago, it’s also nothing more than the other part of the persona he always had on display.

(Photo credit: What is Louis CK doing via SplashNews.com)