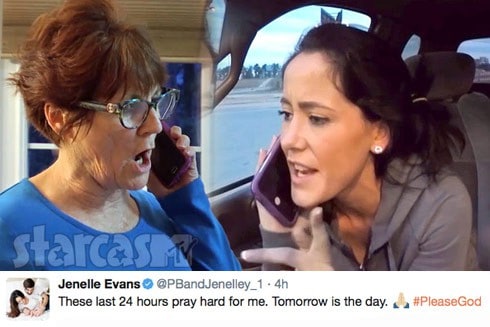 We’ve got news on the highly anticipated custody battle between Jenelle Evans and Barbara Evans.

UPDATE: Find out what Jenelle had to say including her devastation, what role David Eason played and how she feels about Barbara now.

The Ashley, an extremely dependable source on the TM front, has an insider that says the pair, who were scheduled for court today, have ended up in mediation and that Barbara has offered to share custody with Jenelle. The insider went on to say that Barbara and Jenelle will be working out a parenting plan schedule for Jace moving forward.

Jenelle’s fight to regain custody of her oldest child has been one of the longest running, and most drama filled plot lines in the show’s history.

MTV camera crews were on hand but not allowed inside the courtroom.

TEEN MOM 2 Did Jeremy Calvert and Brooke Wehr break up?