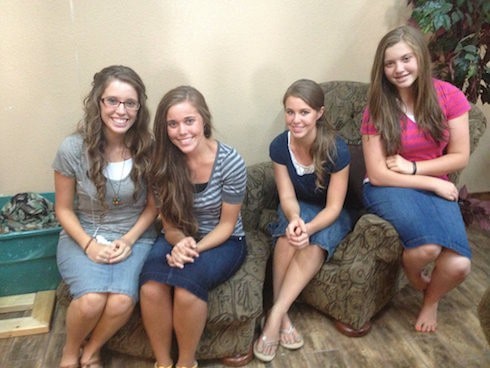 Speculation about whether or not the Duggars have finally been removed from the airwaves is at what may be an all-time high, thanks to a pair of high-profile articles speculating that TLC is ready to cancel Counting On. The first comes from In Touch, and reads a heretofore unseen level of doom in the network’s silence over whether or not the show will get a Season 8. It’s only been two weeks since the Season 7 finale–but, when you recall that Counting On has aired its seven seasons over just 23 months, a couple of weeks is actually quite a long time:

Here’s what we know: Counting On’s sixth season concluded on Oct. 23 with Joseph Duggar’s wedding. Since then, TLC has made no mention of Season 7, but the network also hasn’t given any indication that the reality series won’t return for another round of episodes….Not even sources close to the Duggars know the future of the show, including “personal friends of the family” Lily and Ellie, the webmasters of The Original Duggar Family Fan Blog. “As of right now, a new season has not been announced,” they wrote on Oct. 20. “But we will let you know as soon as it is.”

But, as In Touch further pointed out, it’s entirely possible that TLC could repackage a few of the least unpalatable Duggars into a brand new family spinoff, just as Counting On was a spinoff from 19 Kids and Counting after Josh did his thing. (It seems that unsavory spinoffs are just in the air today.)

A related take comes from Hollywood Gossip, which notes that because of Josh’s scandals, Counting On “started with a smaller audience than 19 Kids,” and that “viewership then began to steadily decline almost from day one.”

And this is hardly the first time that a ratings decline has led to gossip about the Duggars’ imminent demise. We were among the first to report that the show was unlikely to be renewed back in the summer of 2016, and cited a drop in viewership as the primary reason; evidently the drop wasn’t enough to worry TLC, though, since the Duggars have been rolling out new episodes with regularity since then.

However, a new family villain has also emerged since then, in the form of one Derick Dillard. Derick has become the family members detractors love to hate–and recent scandals, like the cheating allegations against him and his questionable fundraising efforts (to say nothing of the Jazz Jennings controversy) have done hardly shored up support.

It’s also worth noting that the family’s mere association with Josh Duggar–in that they haven’t disowned him–is also limiting their base support. The mere fact that he might come back to the show raises an outcry every time it’s brought up; TLC has compounded the matter by refusing to declare, since Counting On debuted, that Josh is unwelcome on their airwaves.