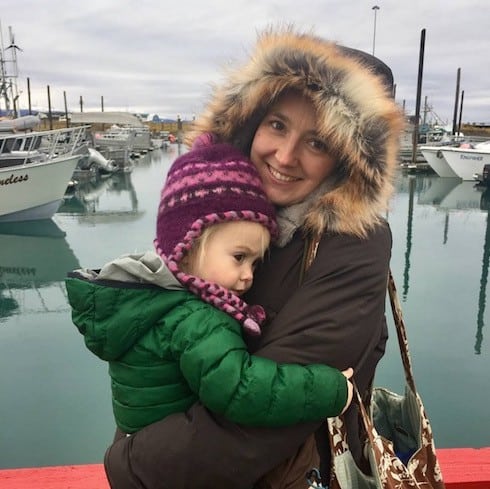 Though the Kilcher family formula hasn’t changed much, Alaska The Last Frontier Season 7 is turning out to be the most successful in the show’s history. True, prodigal daughter Jewel has returned to the fold for more than a few episodes–and she’s taking her father and brother out on tour with her for th: holidays–but, overall, the show remains as low-key as ever.

And it was in that spirit that we got a recent Alaska The Last Frontier Season 7 update (plus the requisite homestead check-ins) from Eve Kilcher, who took the time to chat with fans during a rose hip-picking expedition with son Findlay, daughter Sparrow–and goat guest stars Annabelle and Peaches. As devotées of Homestead Kitchen, Eve’s cookbook, are well aware, rose hip tea is a virtual must for the family during Alaskan winters. “Rose hips are *loaded* with vitamin C,” Eve explains in the video. “So we drink rose hip tea all winter long to stay healthy.”

(Eve also noted that rose petal wine is “a-mazing,” and well worth making if you have the time to do it.)

So–in anticipation of the show’s latest episode, settle in and enjoy a quiet, delightful Alaska The Last Frontier Season 7 update from Eve Kilcher herself, followed by some highlights:

We’ll start by pointing out that you can order an autographed copy of Eve Kilcher’s cookbook from the Homer Bookstore here.

Among the other surprises: Eve is considering donating her hair to a to-be-determined charity. As one commenter noted, “It’s the longest we’ve ever seen it!”

Bounty-wise, it was an excellent year for the apple crop in Eve’s famous garden. The Kilchers (and Eve in particular) have gotten ambitious with their fruit over the past few years; the garden also boasts a plum tree, a pie cherry tree, and both nectarines and peaches (the latter two new plantings). And the Kilcher family orchard boasts a pear tree–though it’s met with limited success due to the short growing season:

Findlay playing with one of his good friends under the apple tree. @carlacope #gardening #gardenkids #vegetables #homesteadkitchen #homesteading #alaska #alaskatlf

Eve’s son Findlay–if you can believe this–is about to turn four years old (!). Sparrow Rose is freshly two. And both of them are excellent helpers:

A few more odds and ends: Annabelle, believe it or not, is a rescue goat (#AlaskaProblems). The view from the wild rose patch–which Eve offers up at about the 15:30 mark — is about as breathtaking as you’d expect for such a gorgeous autumn day.

Eve also apologizes for the sometimes shaky quality of the feed, explaining “Sorry guys; it’s a rough video! It’s hard navigating kids, goats, and rose hips!” (Personally, I thought she did an astonishing job managing the camera, two kids in need of a nap, and a pair of goats that kept trying to eat all the rose hips out of her basket!)

Finally, in an intriguing note, Eve revealed that she is actually opposed to the idea of homeschooling her kids. Though the Kilchers remain committed to their homesteading ways, Eve said she thinks it’s important for Findlay and Sparrow to “be out there playing with” their friends every day.