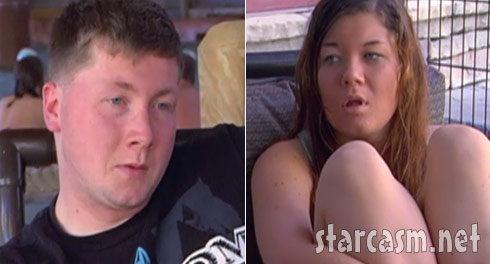 It looks like one of the people in Amber Portwood’s life that is squarely on her side is her brother Shawn Portwood. In a previous post following Amber’s attempt to hurt herself Shawn was outspoken in her defense and in believing that Gary Shirley’s constant habit of holding Leah’s custody over her head is what pushed her over the edge.

E got a hold of Shawn and he was still standing firm on his position even taking things a bit further with what he believes should happen when Amber gets out of rehab. He really seems to be seeing things clearly as he believes it would be best for Amber to settle down in Nashville near him, his fiancee and kids so that she can be away from all the trouble that bubbles up in Anderson, Indiana.

“If Amber stays in Anderson, she will get into trouble, whether it be a fight with Gary or something else. She can spend time in jail or she can be around people who will better influence her. She has the money to see Leah whenever she wants until she regains control of her life, and hopefully, custody of Leah. Gary has custody now and it’s not good because he holds that over her head when they fight.”

Amber doesn’t have access to a phone in rehab but the doctors told Shawn that she’s progressing and developing some healthy habits that are helping her cope. One of these new focus skills, kickboxing!

For Shawn it’s black and white in regards to what his sis needs. I’m sure it would be tough to be away from adorable little Leah but getting herself out of that environment might very well be the best medicine, at least till she’s firmly on her feet.