Just when things seemed to be going better for Teen Mom 2 Adam Lind’s argument for a better custody arrangement regarding his daughter Aubree, he takes her to a Sky Zone trampoline park with her half-sister Paislee and…a registered sex offender! Who was arrested again just last month!

The man’s name is Bruce Crawford, Jr. and you can see him on the right in the screen shot above from Monday night’s Teen Mom 2 episode. Bruce was on the National Sex Offender Registry prior to the scene because of an incident in Colorado. According to the Registry, Bruce exposed himself to a 40-year-old woman when he was a juvenile in 2008.

Here are photos of Bruce from the National Sex Offender Registry:

Early last month, Bruce got into trouble once again after allegedly showing a photo of a man’s penis to a 17-year-old girl working at a sporting goods store. The Sioux Falls Police Department shared a photo of Bruce from security camera footage on Facebook because they did not know his identity at the time. Here is the photo and the caption: 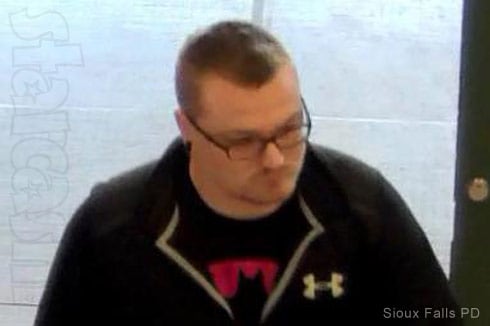 Recognize this man? He showed an inappropriate picture on his cell phone to a teenage girl who works at Scheels on Saturday afternoon, March 5, 2016. The man had two young children with him at the time. Attached is a surveillance photo of the suspect. If anyone has information on the identity of the person in the picture, please call police or Crime Stoppers.

Amazingly, it appears as though Bruce is wearing the EXACT same jacket and shirt that he was wearing in the Teen Mom 2 episode! 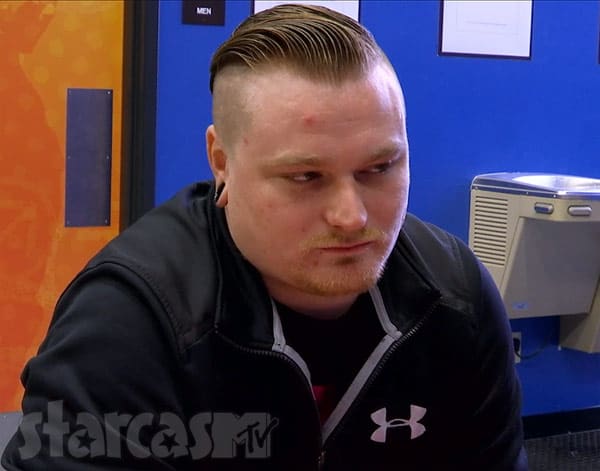 Anyways, police were flooded with tips and Bruce was easily identified and later arrested. Here is a video report from KELOLAND:

Due in part to the number of tips and “other information,” police now suspect there may be other victims. “If somebody has had contact with him and maybe received some pictures or saw a picture they didn’t want, we want them to call police,” Sioux Falls Police Department Public Information Officer Sam Clemens said.

We were first got a tip about this story a few hours ago, but we wanted to confirm that it was the same Bruce before moving forward with the story. We found photos of Bruce’s tattoos that prove it is the same man.

It is unknown if Adam Lind knew about his friend’s prior history or not, or whether or not this will affect his custody battle with Chelsea Houska, or even Paislee’s mother, Taylor Halbur.

Why is Briana DeJesus mad at Devoin? A Teen Mom 2 Reunion attendee leaks the details!