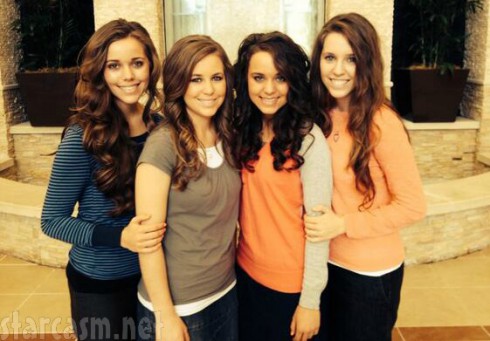 Although the four oldest Duggar daughters are saving their first kiss until their wedding days, they don’t worry it will be awkward because they can get advice from experienced kissers.

“My parents are pretty good kissers! They very much like to show their kiss in public places, so they kiss in front of us all the time,” 21-year-old Jessa told Cosmopolotian. “[And I’d ask] my oldest brother. He’s been married for five years. And friends and people around me who I look up to. But I don’t think it’s too hard to figure out though.”

The girls elaborated on their anti-kissing-before-marriage beliefs in their recent advice book, Growing Up Duggar: It’s All About Relationships. In it, they explain that kissing, touching and physical intimacy are precious, special gifts “that God intended you to hold on to until your wedding day.”

Jessa and sisters Jana, Jill and Jinger also believe in abstinence before marriage.

“We’ve set our guidelines really high, and people will not understand that. They’ll be like, ‘That’s weird. How are you going to show you really love the guy if you’re not having sex with him before marriage?’ But that’s where we purpose in this stage of our relationship to focus on building strong communication because anyone can just go out and have sex,” Jessa said, adding being promiscuous and “having sex with every guy who comes along” gives girls “probably 80 percent chance” of contracting a sexually transmitted disease. 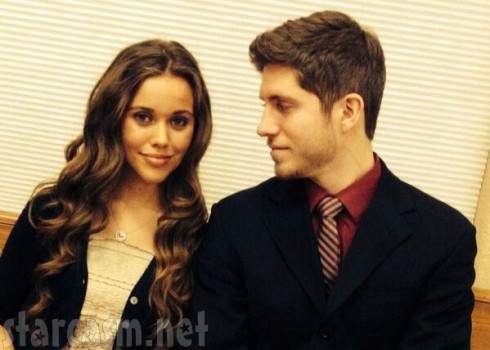 “If you have any problem with drinking, don’t go by the tavern. And if you have a problem with like, ‘[If] I’m around these certain people, then I’m going to be pressured into having sex,’ then don’t be around them,” said 22-year-old Jill.

Still, the girls admit they can’t control every situation.

“We’re really heavily involved in politics, and sometimes it’s one of those fancy, ritzy events and they serve you what you think is punch and it’s not. You’re like, ‘Oops, yeah, that wasn’t punch. That was champagne or something,'” Jill said, adding she wanted to spit it out, but had to be graceful. Jessa chimed in that she’s also taken accidental sips of boozy drinks.

The girls also weighed in on pop culture, although they don’t closely follow any secular entertainers. (In Growing Up Duggar, the girls say they only watch religious films and “carefully selected” episodes of The Andy Griffith Show, “as long as they are not centered around a lot of romance or deceptiveness, as some of them are.) 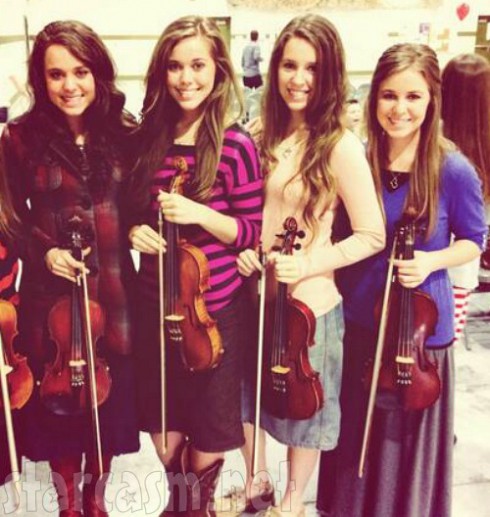 Jill specifically said Miley Cyrus and Justin Bieber should strive to set positive examples: “The heart of the matter is having good character and setting an example. Let’s not focus on even the glam and sex but really encouraging good character and taking a stand for purity and respect. Because respect is last in our culture today and in pop stars.”

Learn more about the Duggar daughters’ beliefs during 19 Kids and Counting. The upcoming season premieres on TLC on April 1 at 9/8c and documents Jessa’s courtship with Ben Seewald.