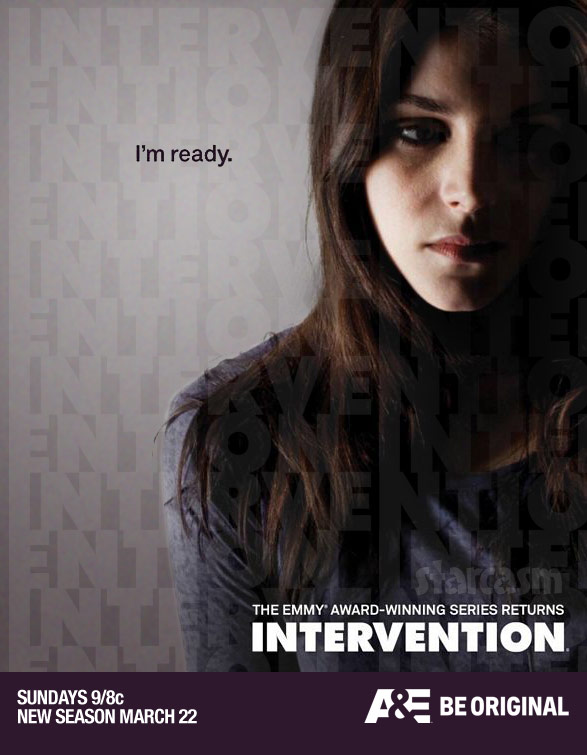 On May 24, 2013, A&E announced that they were canceling the Emmy Award-winning addiction docuseries Intervention after 13 seasons. The network’s parent company must have had a change of heart however as it was announced in August of 2014 that the show would be returning for a 14th season on A&E sister network LMN. “Over the course of 13 seasons on A&E, Intervention wove itself into the fabric of pop culture and brought global awareness to addiction and treatment options,” Jana Bennett, president of Lifetime Movie Network, said in a statement. “The stories profiled on this series are profoundly powerful and we are proud to continue it on LMN.”

But wait, there is no need to reset your DVRs because Intervention will be returning to its original home after all! “A&E’s Emmy® Award-winning and critically-acclaimed docuseries Intervention returns to the network for an all-new season on Sunday, March 22 at 9PM after a one-hour special covering the first 10 years of the groundbreaking series at 8PM ET/PT,” reads a press release issued Tuesday. More from the release:

Intervention profiles people whose uncontrollable addiction to drugs, alcohol or compulsive behavior has brought them to the brink of destruction and has devastated their family and friends. Twice nominated and in 2009 awarded the Emmy® for Outstanding Reality Series, the five-time PRISM Award-winning series Intervention brings attention to the enormous social, economic and environmental cost of addiction. Original interventionists Jeff Van Vonderen, Candy Finnigan, Ken Seeley and Donna Chavous return to present them with the life-changing opportunity of an intervention and rehab. Each addict must confront their darkest demons in order to begin their journey to recovery in the hopes that they can turn their lives around before it’s too late.

In the one-hour “Intervention 10th Anniversary Special” preceding the new season premiere, original interventionists and production crew look back on memorable moments in series history and discuss its impact on pop culture.

And although it doesn’t share much information about or contain any scenes from the new season, here is the Intervention Season 14 teaser video:

The premiere episode will feature heroin addict Jessica from Springfield, Illinois who is living in an abandoned house on the west side of Chicago with five other addicts.