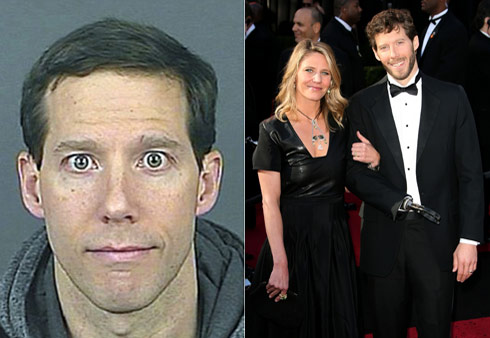 Aron Ralston, who made national headlines after he cut off his own forearm with his pocket knife while hiking when he became entrapped by a dislodged boulder, was arrested over the weekend for domestic violence in Denver, Colorado.

According to the Denver Post, the 38-year-old who wrote a book about his harrowing experience called Between a Rock and a Hard Place was arrested Saturday night and is facing one count of assault and one count of wrongs to minors.

Ralston’s book later became the basis for the hit film 127 Hours starring James Franco as the hiker who, following 5 days of being stranded, amputated his own arm with a dull mutli-tool two-inch knife after breaking his own ulna and radius bones in order to perform the procedure.

Ralston was arrested at the home of Vita Shannon. Shannon was arrested as well and faces the same charges. The acclaimed motivational speaker was married in 2009 to Jessica Trusty and in 2010 the couple welcomed their son Leo. According to Daily Mail it is not known if the couple is still together. 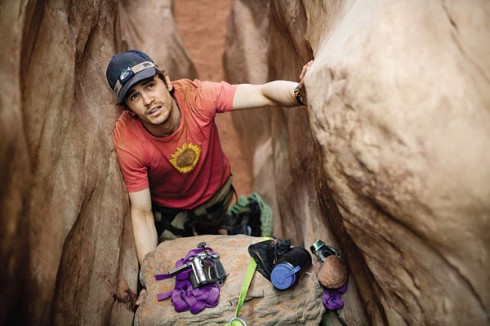 No additional details were provided on the alleged crime. Ralston is scheduled for a 1 p.m. hearing today in Denver County Court.