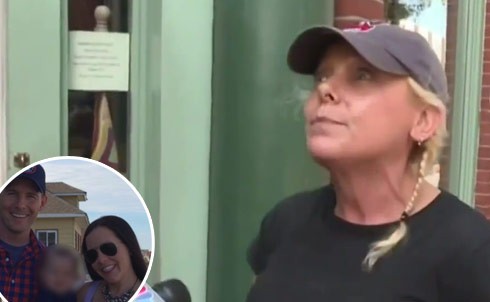 Darla Neugebauer, owner of Marcy’s Diner in Portland, Maine, stirred up a hornet’s nest after news of her yelling at a screaming toddler went viral. A ton of folks are appalled by her behavior while a seemingly equal amount support her for doing what she did to get the child to be quiet.

Darla told WLBZ-TV that the 20-month-old girl’s parents ordered 3 pancakes “bigger than the kid’s head” and then placed them just out of reach from the child. The kid started crying and screaming and after a while Neugebauer said she asked the family to leave or to take their child outside but they refused. After “about an hour” she had enough:

“I slammed my hands on the counter and said, ‘This needs to stop!’ Her parents said, ‘Are you screaming at a child!?!’ ‘Yes I am…’ Life’s full of choices and you’ve got to live with all of them. I chose to yell at a kid (and) it made her shut up, which made me happy, it made my staff happy, it made the 75 other people dining here happy, and they left, they may never come back, other people may not come in — their loss, really.”

The mother of the child, Tara Carson, took to the restaurant’s Facebook page to complain about what happened and Darla responded by writing, “You are lucky I didn’t get really f***ing nuts because being physical is not something I cower from.”

Carson later told WCSH that her daughter had only been crying about 10 minutes before the owner yelled at her. She added, “I turned to my daughter and I was like ‘Listen, this is how I’m raising you not to be as an adult. Like, you will never be like this when you get older.’ I felt helpless as a mom that, you know, I couldn’t do anything to help her, because I can’t explain why there’s crazy people in this world that behave like that.”

Neugebauer has been running Macy’s Diner steady since the incident. WMTW caught up with Darla later and here’s what she had to say about the incident after having some time to think about it:

Do you think the owner was way out of line or do you support her actions (or are you somewhere in between)?