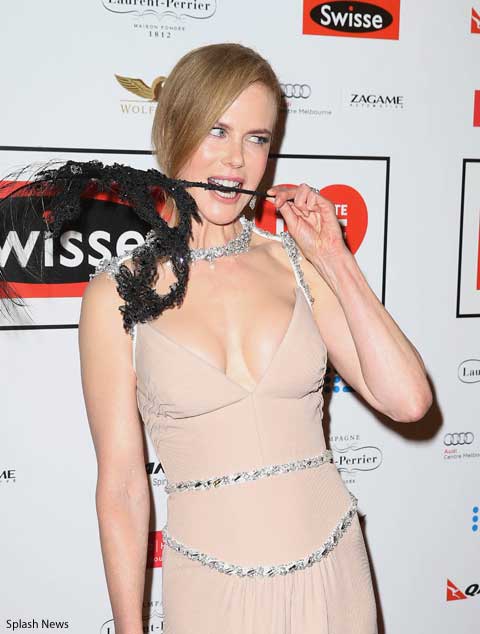 Nicole Kidman raised eyebrows with this gorgeous cleavage accentuating gown she wore to an event in Sydney, Australia this weekend. It looks like her bustling has gotten a bit more ample than it’s previously been.

“They not only look bigger but also much more rounded, which indicates she’s had breast implants,” says Laura Casewell, editor of the Cosmetic Surgery Guide.

Another shot with husband Keith Urban:

What do you think? Has Nicole Kidman had a breast augmentation?