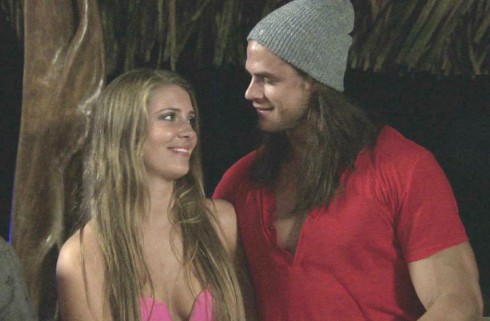 The flirtation heated up during a night out and continued throughout the season. Some of the cast believed Zach and Jenna’s hook-ups helped her stay in the game until the end.

But no matter what people thought of their relationship, it was clear the two were smitten with each other. So what happened to the couple after the show?

If you’re a fan of Zach and Jenna you will be happy to know the couple is still together! Not only are they in a relationship, it looks to be pretty serious. The couple just celebrated their one year anniversary.

Last week, Jenna took to Instagram and gushed about her main squeeze saying:

Happy birthday to the best boyfriend anyone could ever ask for! Have an amazing day and I hope all your wishes come true! Also happy one year tomorrow! One year down many more to come! I love you so much! You absolutely deserve the biggest award for dealing with me sometimes ? …we had our ups and downs (mainly ups) and every moment together we’re laughing or just being crazy and complete weirdos; we bring out the best in eachother always ❤️ I love you!!! Happy birthday and 1 year

And for those of you wondering what happened to Zach’s long locks, he donated his hair to Wigs for Kid. Who knew he had such a big heart?!

Are you surprised Zach and Jenna are still together?