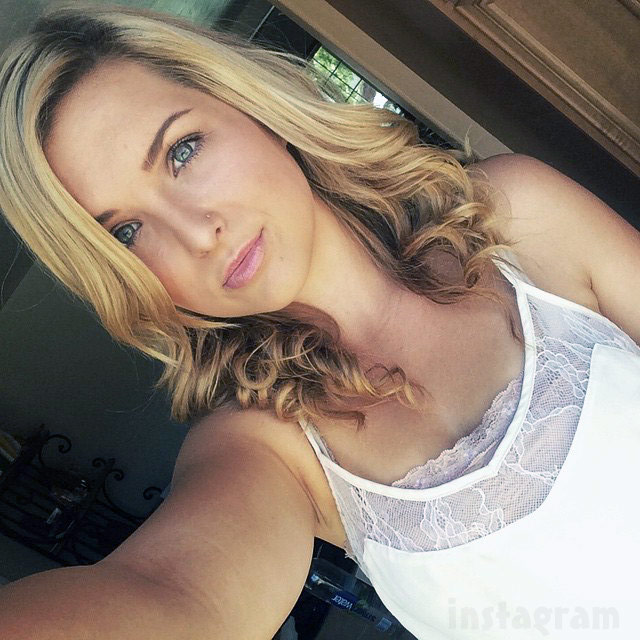 Tonight is the world premiere of the original Lifetime movie Kidnapped: The Hannah Anderson Story based on the abduction of 16-year-old Hannah Anderson and the murder of her mother and brother in California in 2013 by family friend James “Jim” DiMaggion. We did a little research to try to answer the question many viewers are sure to be asking: How is Hannah Anderson doing today?

The answer appears to be that Hannah is doing extremely well! She has been in a relationship with a rather handsome football star at her high school named Dylan for almost two years, and the two of them will be heading off to Grand Canyon University together in the fall. Earlier this month was Dylan’s 18th birthday and Hannah posted a video montage of him on Instagram along with these words:

Happy 18th birthday to the love of my life the man that stole my heart almost two years ago.! I hope you have the best day ever because you deserve it baby.! I love you way more then ou can imagine and I’m so thankful your mine and everything you do for me. Happy birthday love bug. Your legal now.

Hannah shared this next photo with Dylan back in January in which she can be seen wearing a tiara after being crowned Queen of a 2015 formal: 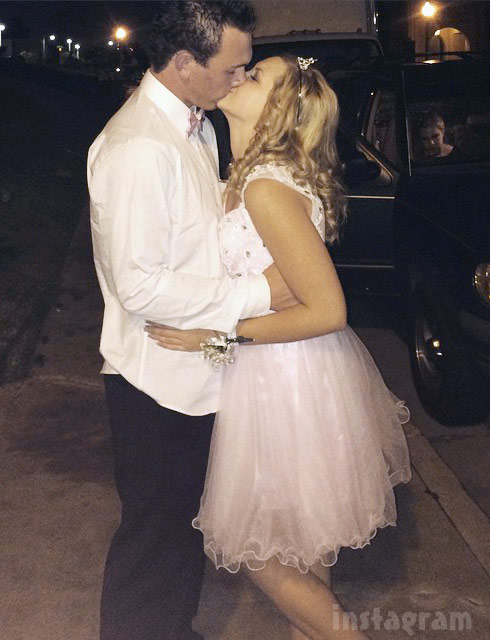 “Won the crown for Queen and also had the perfect date,” Hannah wrote.

But don’t think for a second that the life-shattering tragedy Hannah went through in August of 2013 isn’t something she deals with every day, and she often shares family photos and expresses her love and grief at the death of her mother Christina “Tina” Anderson and brother Ethan Anderson. A few months ago she shared this photo of the family of four having fun in a pool along with the message below: 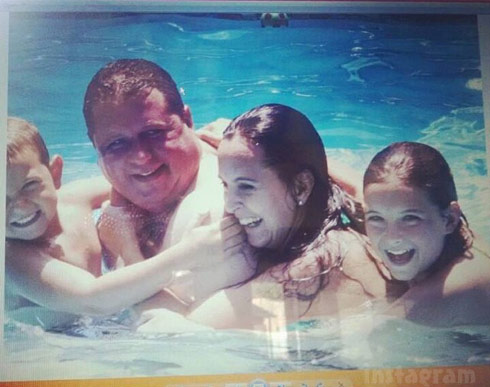 Will forever by my favorite family picture. This is how I’ll remember you guys loving, fun, happy, the perfect family. And thank you for watching over me and dad. Love you and miss you guys more and more each day. But also each day I’m getting stronger and I know I’ll see you again someday.. Love you my angels. #momma #littleE #family ##gooddays

Hannah’s online presence actually caused quite a bit of controversy back in 2013. Days after she was rescued, Hannah took to Ask.fm to answer hundreds of questions. Commenters were taken aback at how casually she answered question after question, seemingly without expressing much emotion. Hannah also posted numerous photos on Instagram from the day of her mother and brother’s memorial service in which she could be seen smiling and appearing to not be all that negatively affected.

Numerous internet users began to openly question whether or not Hannah may have actually been involved somehow in the murder of her mother and brother, suggesting that she may have been in some sort of relationship with her father’s best friend, Jim DiMaggio.

Fuel was added to the conspiracy flames when Jim’s sister, Lora DiMaggio, defended her brother in an interview with CNN’s Piers Morgan. “It’s very hard to believe that someone who was just so genuine and so dependable every single solitary day just woke up one day and decided to do this,” Lora said of her brother. She then shifted the focus to Hannah. “I remember very vividly telling my brother, ‘She’s trouble,'” she said. “I said, ‘You need to watch out for that one.'”

Lora also told Piers Morgan, “In my heart of hearts, I think that Hannah perhaps got herself into a situation that she couldn’t get herself out of, and I do believe that my brother gave his life to protect her.”

NBC News did an update on the story one year later in a special titled “Hannah Anderson: Anatomy of a Kidnapping with Savannah Guthrie” and Lora told Savannah flatly, “I do not believe that my brother killed Tina Anderson or Ethan Anderson. None of this adds up. It doesn’t add up for me.”

Obviously, Hannah denied the online claims as well as Lora’s, telling NBC News in the special that she thought of Jim as “more like a second dad and a best friend.” She often called him “Uncle Jim.”

But she also revealed that her relationship with “Uncle Jim” had taken an awkward turn not long before the kidnapping. “He told me, ‘Don’t think of me as creepy uncle Jim, but if you were older I’d date you,'” Hannah told Savannah. “And it just really didn’t seem right. It was just really uncomfortable. I got, like, a weird vibe off of it.”

After this exchange, Hannah says Jim “would get mad if I talked about other boys. He would always want to hang out and I would always make plans so I would be busy. I kind of just tried to avoid him as much as possible.”

Hannah never told her mother about the unsettling exchange with Jim, something that the online conspiracy theorists took issue with. Hannah explained to Savannah that she didn’t tell her mother because Jim was such a close friend and had been a big source of support for Tina since her separation from Hannah’s father, who had relocated to Tennessee for a new job a few months before the murder/kidnapping.

Perhaps the most convincing argument that Hannah had nothing to do with the murder and abduction plot was from the lead detective on the case, Troy Dugal. “Based on the investigation, witness statements, family statements, and forensic computer searches, I was unable to find any evidence that Hannah Anderson had any type of intimate relationship with James Dimaggio at all,” Dugal told NBC News’ Savannah Guthrie. “We looked into potential relationships between Christina and James and there was no past intimacy. He was strictly Christina’s husband’s best friend who had stepped in and taken an uncle figure role in the family while Christina’s husband was legally separated in another state.”

He later added, “After listening to her detailed statement and comparing what I found at the crime scene, I was one hundred percent confident that Hannah was telling us the truth, and what she had said was supported by the physical evidence at the crime scene.” 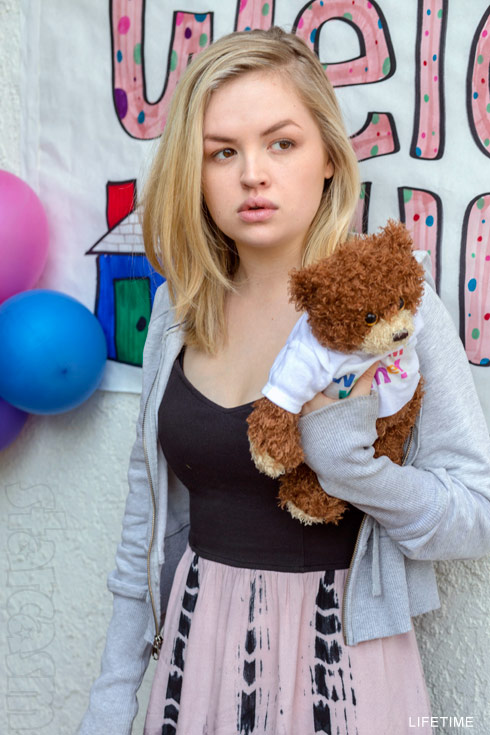 ^ Actress Jessica Amlee as Hannah Anderson in the Lifetime movie

So what does Hannah Anderson think of the Lifetime movie? Based on the preview clips she has seen, she is not pleased at all! “I never have [sic] them any form of permission to make this movie or even information to put in this movie,” she posted (later deleted) on Instagram on Tuesday. “Even the preview alone has false facts and untrue events.”

Hannah makes the request that “people who support me not to watch this lie of a movie.” She adds, “When the time comes I will tell my story, but again if anyone is gonna tell my story it should be me.”

Lifetime’s synopsis of the movie suggests they might explore a possible relationship between Hannah and Jim:

Kidnapped: The Hannah Anderson Story recounts the harrowing true story of the August 3, 2013 abduction of Hannah Anderson. At 16 years old, Hannah Anderson was abducted when leaving cheerleading practice in a San Diego suburb and later that same day the bodies of Hannah’s mother and brother were found in the burned home of family friend James DiMaggio. Instantly, an AMBER alert was issued, and a frantic multi-state manhunt for Hannah was launched. For a week, the increasingly unstable DiMaggio kept Hannah prisoner as they made their way out of town. One week later, the two were found in Cascade, Idaho where DiMaggio was killed in a shootout with FBI agents, leaving Hannah as the sole survivor. The horrific ordeal left many questioning the relationship DiMaggio had with Hannah and how something like this could have happened. Was Hannah purely a victim of a deranged adult, or was there more to the story that led to these tragic events?

To see the movie’s take on what happened, be sure to tune in to Kidnapped: The Hannah Anderson tonight at 8/7c on Lifetime!