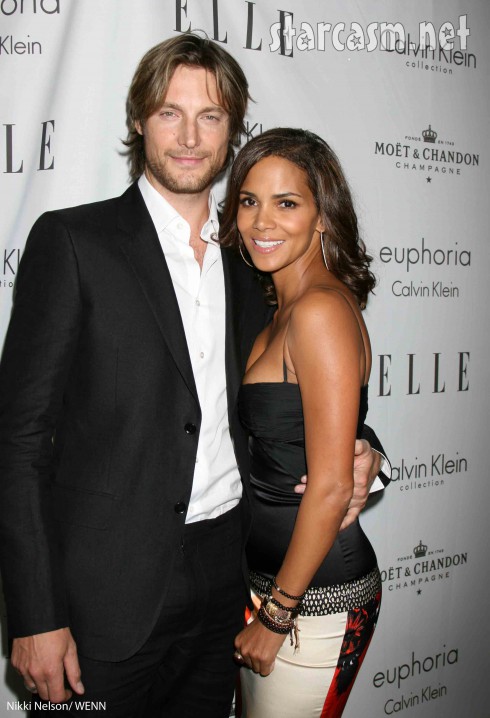 Halle Berry had a dramatic Thanksgiving Day yesterday after her ex Gabriel Aubry showed up at her house and got into a fistfight with Olivier Martinez.

37-year-old Aubry has a daughter with Berry, Nahla, and they’ve been involved in a nasty custody battle for years. He came by on Thanksgiving to drop off 4-year-old Nahla, and the two men started “trash-talking in French,” before it escalated into a full-blown fight.

Witnesses gave a play-by-play to TMZ:

They were both taken to the hospital, Aubry had fractured ribs and bruises to his face and Martinez, 46, injured his hand and neck. Aubry was treated at Cedars-Sinai Medical Center emergency room, and was later booked. Martinez went to the same emergency room a few hours later.

Aubry’s set to appear in court Dec. 13 after being booked on a misdemeanor investigation of battery charge. He was released on a $20,000 bail around 6:30pm. Thankfully Nahla was inside at the time of the fight, and didn’t witness it.

A judge-issued emergency protective order against Aubry requires him to be at least 100 yards away from Berry, Martinez and Nahla until Dec. 3