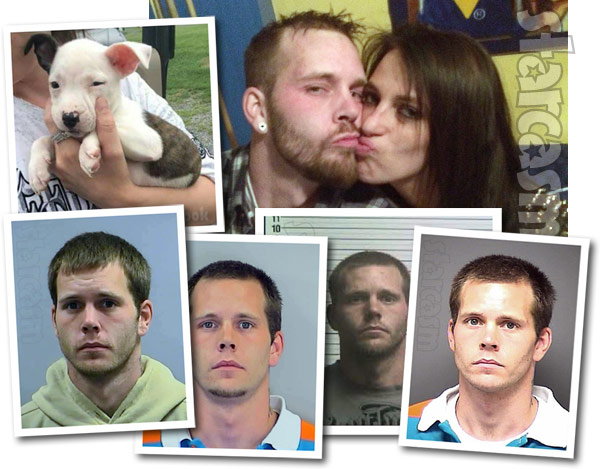 We have an update on the very disturbing Gypsy Sisters story involving the death of show star Mellie Stanley’s puppy. Mellie’s husband (more on that in a minute) Skott Vuncannon (real name Randall Scott Vuncannon) was arraigned yesterday and charged with a felony count of animal cruelty causing death after he allegedly threw the young dog against the wall during an argument with Mellie.

Journal News obtained the original police report which states that a call was placed to Berkeley County 911 at approximately 3:55 p.m. on July 10 reporting a domestic dispute in progress at Vuncannon’s address. According to the caller, there was a fight between a man and a woman happening outside the home and the man beat up the woman in the street before leaving the scene on foot.

Berkeley County Sheriff’s Deputy J.A. Swartz responded to the call and, according the report, when he arrived at the scene he found Mellie Stanley Vuncannon crying and very emotional. She told Deputy Swartz “He killed my dog.”

Swartz entered the home and found a small white and brown puppy dead on the living room floor with a small amount of blood in its mouth. Swartz also found a small spot of blood on the kitchen floor.

Swartz then exited the home and spoke again with Mellie, who said that she and her husband were having an argument over rent money when he “went crazy, picked up the dog and slung her across the kitchen as hard as he could.”

After Mellie and Skott fought outside, he left fled the scene on foot and police were unable to determine his whereabouts. Swartz was later contacted by Mellie who says she received a text from Skott stating “What I did was wrong and I don’t deserve to live.” 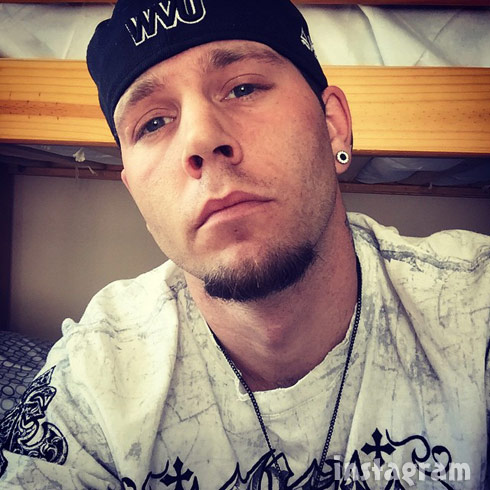 Skott (photo above) was apprehended Friday after a warrant was issued for his arrest. After his arraignment, his bond was set at $10,000. He was able to post bond and is currently out. According to Journal News, if convicted, Skott faces one to five years in prison and fines of $1,000 to $5,000.

Although the initial 911 call stated Skott “beat up” Mellie, he does not appear to have been charged with assault.

OK, now on to the other, less disturbing news in this story: Mellie Stanley and Skott Vuncannon are married! That confirms rumors that have been swirling for weeks after the Gypsy Gossip x2 Facebook page initially reported the two had tied the know back in May. It seems they were spot on with their reporting as it appears that the two wed on May 27.

As far as whether or not Mellie Stanley is pregnant (as she herself posted on Facebook, although she later said it was a joke), that question appears to still be up in the air.

I should also state that I am aware that Skott’s legal middle name is spelled with a “c” instead of a “k.” But, his social media accounts and other references to him are Skott with a “k” so we will continue to use that name (for now).

And as far as where Mellie and Skott’s relationship stands right now, the usually reliable Gypsy Gossip x2 page is saying they are currently together (like literally, right now), but the competing Gypsy Sisters Facebook page Gypsy Grapevine states very confidently they are getting a divorce. I suppose we will have to wait and see.

Many fans of the show are demanding Mellie be removed, but so far there has been no response from TLC. The network is already facing scrutiny for multiple show scandals leading to cancellation, including Here Comes Honey Boo Boo and 19 Kids and Counting.

* The mug shot photos of Randall Scott Vuncannon are from various arrests between 2012 and 2014. For those avid Starcasm readers who think the third booking photo from the left is familiar, yes that is from Brunswick County where most of Teen Mom 2 star Jenelle Evans’s mug shot photos were taken.