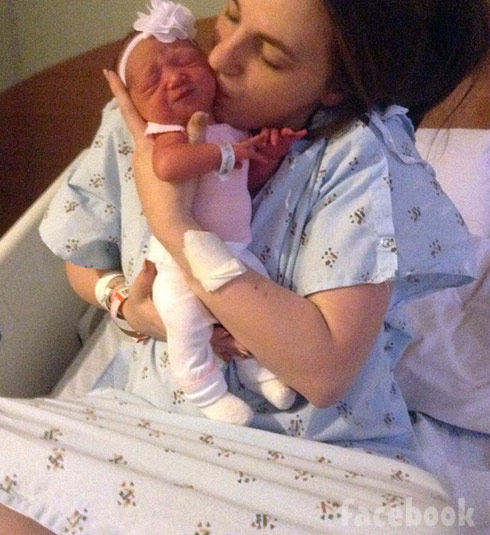 Yesterday Gypsy Sisters star Mellie Stanley gave birth to her second child, daughter Brandy Wyne, and we shared the first photos that made it online courtesy of Mellie’s brother Henry. Today Mellie uploaded a whole batch of new photos that were just so great we couldn’t resist sharing those as well! 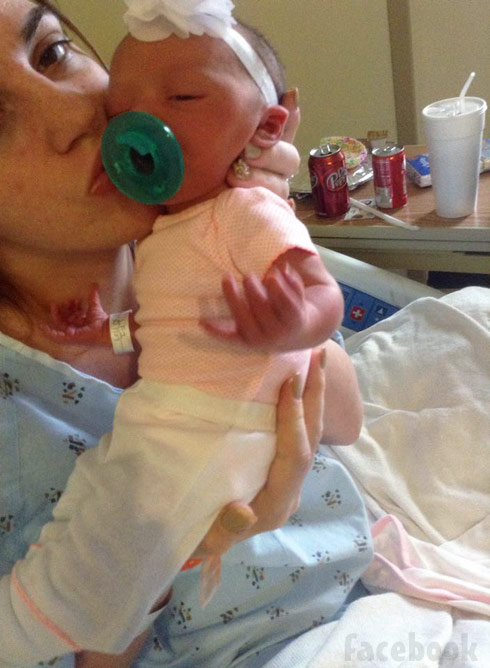 Mellie shared all the photos in this post on Facebook earlier today under the caption “My little woman,” along with the praying hands/high five emoji.

Shortly after posting the photos, Mellie revealed that she plans on celebrating Brandy’s birth by having some fun this weekend while her sister Brandy (whom Mellie named her daughter after) tackles babysitting duties. “Dirty dirty this weekend,” Mellie announced, adding, “brandy babysitting her name sake and I ghetto drink my ass off then back to being a mommy.” 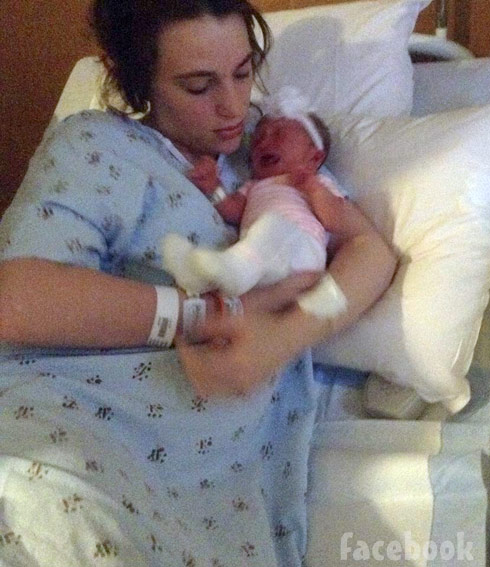 Meanwhile, in the official announcement on the “Misadventures with Mellie” blog, it is revealed that little Brandy was 6 pounds zero ounces (which we knew) and measured 18 inches long (which we didn’t). Here’s the full announcement:

WE WOULD LIKE TO INTRODUCE THE WORLD TO MELLIE’S LITTLE GYPSY PRINCESS THAT WAS BORN TODAY 01/20/2015!

EVERYONE SAY HELLO TO LITTLE GYPSY PRINCESS BRANDY! Brandy arrived earlier this evening. She weighed 6 lbs and was 18 in. long at birth. Congratulations Mellie! Also, a HUGE CONGRATS TO THE NEWEST & CUTEST BIG BROTHER , LITTLE RICHARD!

@IAmGypsyMellie had her little #GypsyPrincess tonight! I am so sad to have to POSTPONE the #FanChat that was planned at 8PM tonight!

Mellie’s older sister Nettie has been strangely quiet since Brandy’s birth. She and Mellie have been fighting (even more so than usual) of late, so perhaps that would explain the silence. We will probably all know more when Gypsy Sisters Season 4 airs on TLC in Spring, 2015! 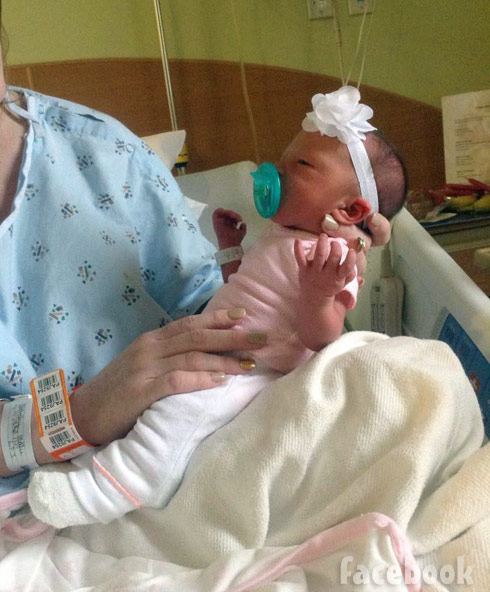