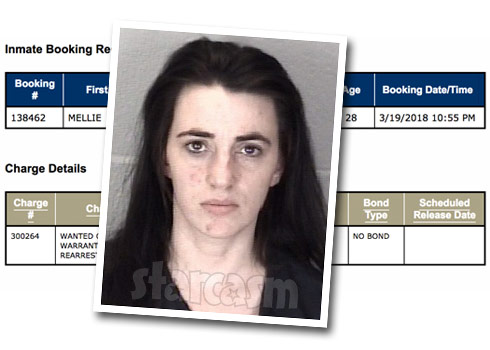 Just two weeks after former Gypsy Sisters star Mellie Stanley was released from a Kentucky jail after crowd sourcing enough funds to post her bail, the 28-year-old is back behind bars in Indiana.

According to the Gypsy Gossip: Tattle Tales Facebook page, Mellie was pulled over for a traffic stop, and when officers ran her ID, her name came back with an active arrest warrant from the state of Tennessee. According to online records, Mellie was arrested Monday night at 10:55 PM and is currently being held at the Tippecanoe County Jail with no bond amount set. Of course, given that the warrant is from another state, it may be that Mellie will not have a bond amount set until she is extradited.

I did some research on extradition, and it seems to be the general consensus that the longest a state will take to decide is 30 days. If Mellie fights the extradition, then it can take up to 90 days.

The Gypsy Gossip page’s sources are saying that the warrant from Tennessee was only issued recently, so that’s why Mellie was allowed to bond out earlier this month. Their sources also believe that the warrant is related to the alleged coupon scheme that landed Mellie in jail in Kentucky. The coupon scam was reportedly at Toys “R” Us and Babies “R” Us stores and allegedly netted Mellie and her husband George Lee roughly $18,000 worth of merchandise. If any of the stores involved were in the state of Tennessee, then that could easily explain the separate warrant. 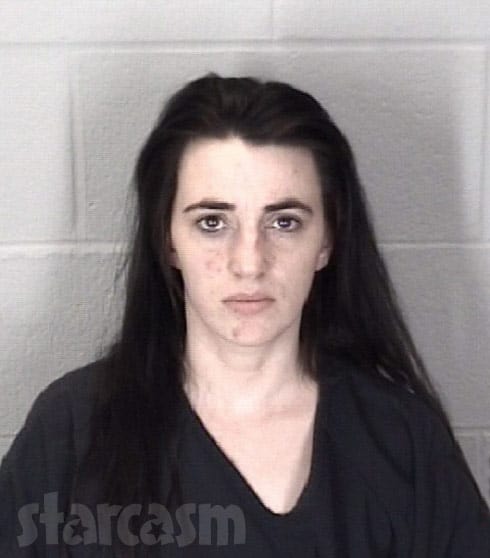 UPDATE – TMZ has some additional information, which confirms what the Gypsy Gossip page first reported:

Sources say police in Clarksville, TN were alerted to a coupon scam Mellie was allegedly involved in back in November. We’re told she tried making a $2,412 purchase at a Toy “R” Us there, but fled suddenly. Sources tell us she had 7 coupons that were somehow made to seem redeemable for $300 each. The cashier was suspicious and called cops.

Our police sources tell us the TN authorities were already on Mellie’s tail for similar crimes in at least 4 other states. We’re told police believe Mellie is part of an organized theft ring that makes counterfeit coupons, which they then use to buy gift cards to make illegal purchases at a variety of stores.

Mellie was already in a difficult situation, but facing multiple felony charges in multiple states seems exponentially worse — especially if she wants to keep her private attorney that was being retained through the financial support of friends and family. [And judging from what TMZ is reporting, she may be facing more charges from at least two additional states.]

We will continue looking into Mellie’s case and will update when we know more.

Did Mellie Stanley’s fiance Skott Vuncannon kill her puppy during an argument?