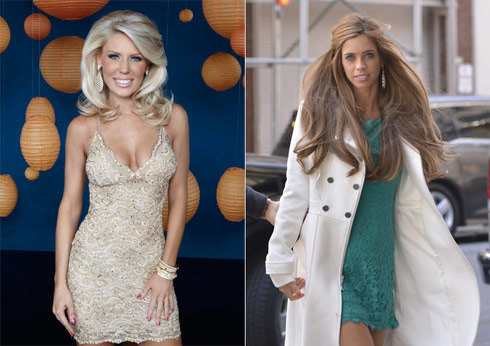 Gretchen Rossi and the cast of The Real Housewives of Orange County are about to get a new housewife. Lydia Stirling-McLaughin will be joining the show in just a couple of episodes but before she does, she’s hitting the promotional trail. In a recent interview, Lydia opened up about becoming the newest wife of O.C. and who answered the question, “Who is the coldest of them all?”

According to Lydia, the answer is Gretchen. “I thought I was going to get along with Gretchen [Rossi], but she was the coldest to me when I joined the group,” Lydia told Wetpaint in a new interview. “I have no idea why.” Could it be because Lydia was brought on to the show by Alexis, Gretchen’s former friend who she had an epic falling out with last season? You’d think so, but there is actually another reason.

After getting word of Lydia’s comment on Twitter, Gretchen explained why the two didn’t initially hit it off. “Unfortunately we had so much going on w/slades son & it didn’t allow much time for anything else, so I wasn’t able to spend a lot of time with Lydia and she knows this is why cause we talked about it,” Gretchen said.

Gretchen has been having a lot of issues lately with her co-stars’ interviews. First it was Tamra and now this? Hopefully, Gretchen and Lydia will be able to work through this without things getting as ugly as they did with Tamra.