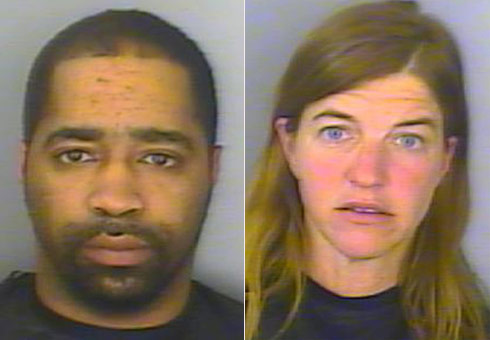 Wives of the world… Did your man forget to take out the trash? Has the selfish rat not complimented you in days? Did he even forget your anniversary? These things are bad we admit, but give the ol’ lug a break. At least he didn’t pull a Marvin Holmes II and pawn his wedding ring to pay for a prostitute!

You see, Marvin was having some troubles with his old lady in Greenwood, South Carolina and decided to drive on down to the other side of town. While cruising, Marvin picked up 41-year-old prostitute Rhonda Kelley who told Marvin she was, “Just looking for a little fun.”

Marvin knew Rhonda’s trade and was looking for a little fun of his own but there was a problem with his game plan… Dude was out of money. The two put their brains together and came up with the idea to pawn Marvin’s wedding ring for cash. Rhonda strolled into Apache Pawn with the 10 karat wedding ring and walked out with $20.

With cash in hand, Marvin, like any thoughtful gentlemen would, drove Rhonda to a crack house where she allegedly bought some drugs with the wedding ring bank. She then proceeded to smoke out in Marvin’s ride. They later parked and “messed around” but Marvin got a sense something wasn’t right (no it wasn’t his conscience) as Rhonda became nervous and “wasn’t acting right.”

Separately, we charge our man Marvin with being a horrible husband. What say you, the jury?