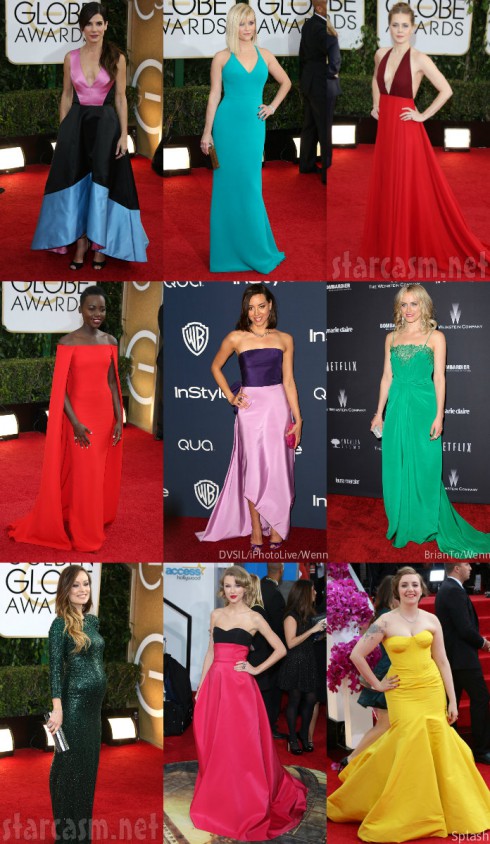 Ol’ Roy G. Biv was well-represented during the 71st Annual Golden Globes! Although many of the actresses in attendance opted for neutral gowns, a daring few hit fashion home runs in bright dresses.

Which colorful look is your favorite? Do you think any are fashion flops?

All photos from Wenn unless otherwise noted.

Uma Thurman lovely in silver at ‘Zulu’ premiere at Cannes