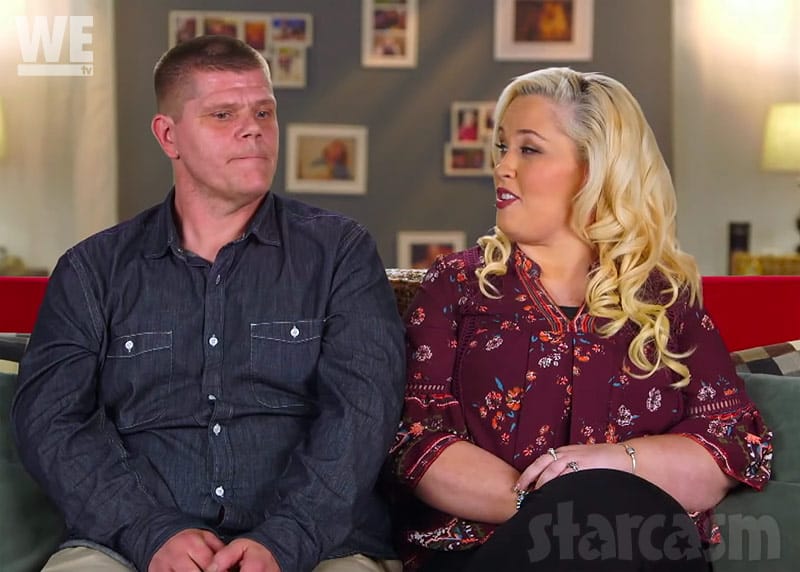 Here Comes Honey Boo Boo and From Not To Hot star Mama June Shannon was arrested for crack possession in Alabama last week after a heated altercation with her boyfriend Geno Doak in which he allegedly threatened to kill her.

According legal documents obtained by TMZ, Geno made the death threat as the couple were arguing in the parking lot of an Alabama gas station in Macon County on Wednesday. Police arrived on the scene and placed Geno under arrest on a domestic violence charge. He revealed to the officers prior to a search that he was in possession of a needle. “I don’t want you to get sticked or nothing,” he reportedly told the officers. Cops searched Geno and did indeed find a needle in his possession.

After finding the needle, cops then searched Mama June and the couple’s vehicle, which Mama June stated was hers as she claimed ownership of anything inside. Mama June was wearing a jogging suit, and police found a glass pipe with white residue inside the pocket. “They also found a green pill bottle containing a white controlled substance in the glove compartment,” TMZ reports. “June said the white substance was crack cocaine.”

In addition to the alleged drugs and drug paraphernalia, police also found $1,340 in Mama June’s bra.

According to The Blast, Mama June has been charged with a felony count of possession of a controlled substance (for the substance believed to be crack), and a misdemeanor count of possession of drug paraphernalia (for the glass pipe). “The paraphernalia was noted by officials as showing evidence of crack cocaine residue, and was determined to be recently used,” The Blast reveals.

The felony drug charge carries a sentence of up to one year in prison.

After their arrests, Geno was ordered by the court to stay away from Mama June, but TMZ shared a video of the couple together playing the slot machines at an Alabama casino on Saturday.

The site spoke with a source close to Mama June’s family who says they blame Geno for her recent troubles and arrest. Geno has a rather extensive criminal history that includes arrests for burglary, theft and damage to property. Of course, Mama June is no stranger to a jail cell either! As we were the first to report back in 2012, Mama June was arrested in 2008 and charged with contempt of court and theft by taking. After our story broke, Mama June responded by confirming the arrest and pointing out that the theft charge was dismissed the same day.

Here is Mama June’s mug shot photo from that arrest: 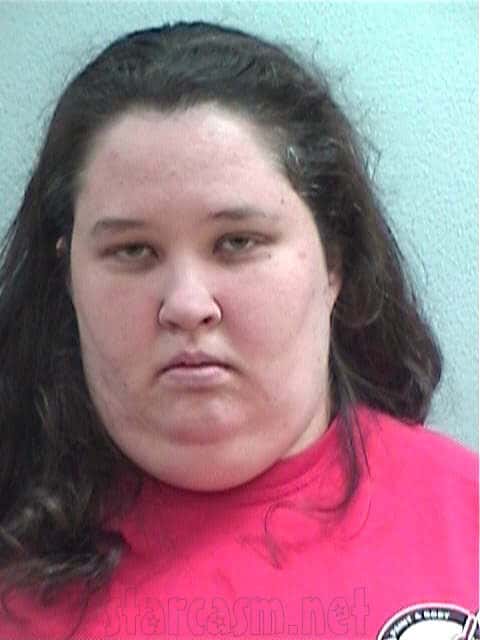 According to The Blast, Mama June’s arraignment date has not been set yet. Also unclear is whether or not her arrest will affect the brand new season of Mama June: From Not To Hot, which just premiered Friday night. WE tv has yet to issue a statement regarding her arrest and its potential impact on future airings of the show.

Will Honey Boo Boo’s Mama June lose custody of her kids amid scandal?