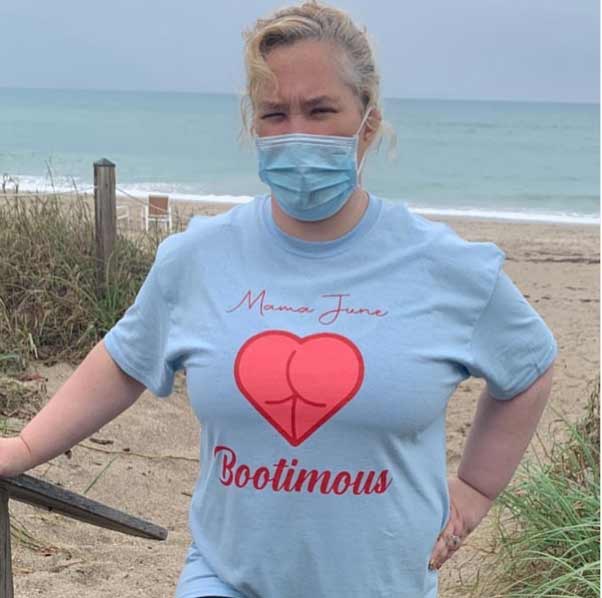 WEtv’s reality show Mama June: From Not to Hot now has a further subheading: “Family Crisis.” In March of 2019, June Shannon and her boyfriend of three years Geno Doak were arrested after a domestic altercation at an Alabama gas station. Last fall they were indicted on felony drug charges in relation to that event because they were caught possessing crack cocaine and drug paraphernalia. Now, as June’s criminal trial, her life seems to be spiraling further out of control. Tonight’s episode of the show deals with the heartbreaking toll her situation is taking on her children and the rest of her family. Earlier this year she even resulted to selling all of her possessions on Facebook for some quick cash, including possessions that belonged to her children Pumpkin and Alana, and her grandchild Ella.

14-year-old Alana Thompson, who earned the moniker “Honey Boo Boo” when she was a five-year-old girl appearing on TLC shows Toddlers and Tiaras and her own spin-off Here Comes Honey Boo Boo, is deeply hurt by the situation with her mother.

June had made quite a show of selling off her children and grandchild’s possessions, including baby Ella’s dolls, online. She even posted herself flashing the cash she made from the sales on social media. In a clip from tonight’s episode, Alana’s dad Mike “Sugar Bear” Thompson and his wife Jennifer discuss why June would behave that way, and Jennifer speculates this might be related to her drug addiction. 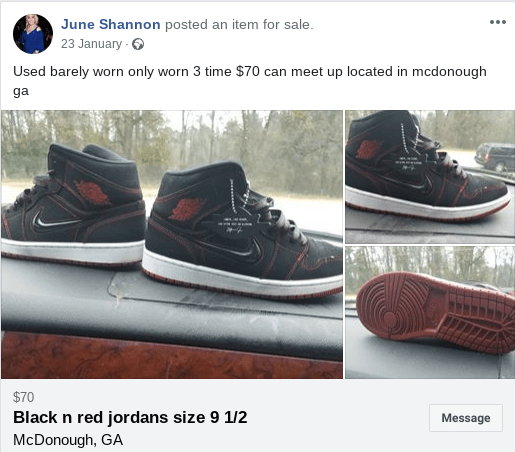 One of the listings June made selling her daughters’ things on Facebook Marketplace.

“She’s got the drug problem,” Jennifer says. “So if you’re out of money, you’ve got to do something to make money.” Alana’s dad expresses worry about how Alana’s coping with the situation.

In another clip, Pumpkin and Alana sit down to have donuts with Pumpkin’s baby daughter Ella and discuss the issue. “Mama’s already skipped out on rehab twice and it doesn’t look like she’s doing anything to try to redeem herself before court,” Pumpkin says in interview. “So whatever shady sh!t’s she’s got going on gives me more reason to keep Alana and Ella away from her.”

Alana reports she’s been getting As and Bs in school, and has been trying not to think about her mother’s drama when she’s studying.

“I just think it’s crazy,” Alana says. “Because I had to leave my own house, where I lived . . . because Mama is a stupid idiot.” Alana barely had time to pack up her stuff when she left the home she shared with her mom, and that left her stuff vulnerable to be sold. 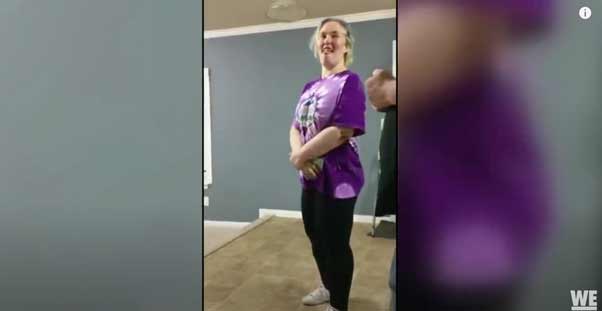 Footage of June during her social media yard sale.

On an Instagram Live Alana did last month, she revealed that she still has a ring her mother gave her. She says people often ask her why she still keeps the ring after her mother has sold all of her things, and put her through a lot. “It’s kind of like the only thing I really have,” she answers to those questions. “It’s kind of the last thing I have. If I don’t have this, you might as well say I don’t have nothing.” That’s a heartbreaking statement, considering that almost everything her family has been able to gain and acquire over the decade has been built on Alana’s charisma and fame as a child.

June has to wait a little longer to find out if she’s headed to prison over her drug charges. Her criminal trial has been pushed back because coronavirus precautions. Both June and Geno are facing drug charges, and Geno has domestic violence charges. The couple has pled “not guilty” on all counts.

Along with her family’s possessions, June has sold the house she shared with them for a massive loss. She first purchased the home for over $150,000 and sold it for only $100,000 last summer.

It’s unclear what their housing situation is at the time of this writing, but June was recently spotting doing yoga at Jensen Beach in Florida. but June’s currently making money by selling custom messages to fans on Cameo. She’s also promoting her merch line and the weight loss supplement Boom Bod on Instagram. She’s been sporting a chipped tooth recently, but she got her smile fixed on April 28th.