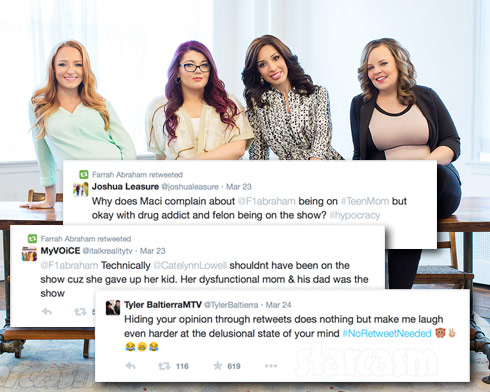 Due to the fact that MTV initially planned on excluding Farrah Abraham from the new season of Teen Mom, the 23-year-old was not featured at all (aside from a few Couples Therapy Reunion clips with Catelynn) in the season premiere episode Monday night. But, that didn’t prevent Farrah from stirring up some off-screen drama during the premiere as she interacted with fans on Twitter — including a number of retweets that were lamenting her absence and putting down her Teen Mom OG co-stars. Of course, that didn’t go over very well.

Here are some of Farrah’s retweets from the Teen Mom OG premiere expressing anger over her absence (at the expense of her cast mates): 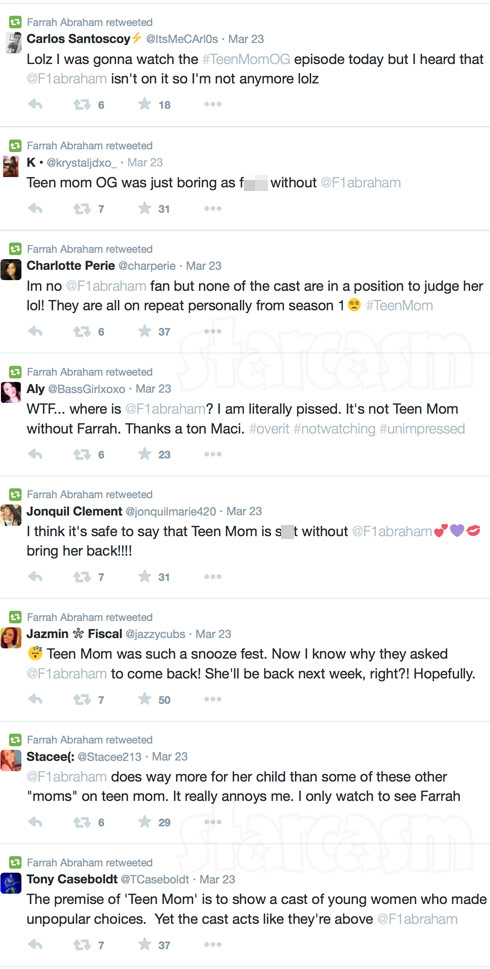 But it was these two retweets by Farrah that really raised some eyebrows and ruffled some feathers: 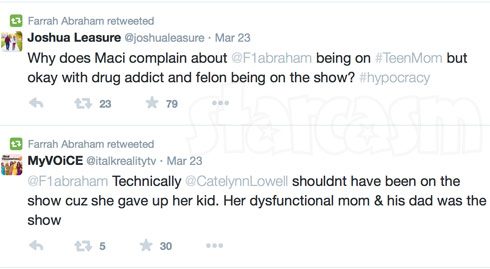 Catelynn seemed to take the high road in addressing her past (and apparent lack of present) issues with Farrah:

Just so ppl know I have no beef with @F1abraham what was the past is the past. #beadults #TeenMomOG all drama put aside!

While Amber did not respond, Catelynn’s fiancé Tyler Baltierra laughingly subtweeted in response to Farrah’s retweet. (Welcome to the world of feuding in 2015 y’all!)

Meanwhile, all the other “Original Girls” kept things positive while live tweeting the premiere, including some good vibes for Farrah: 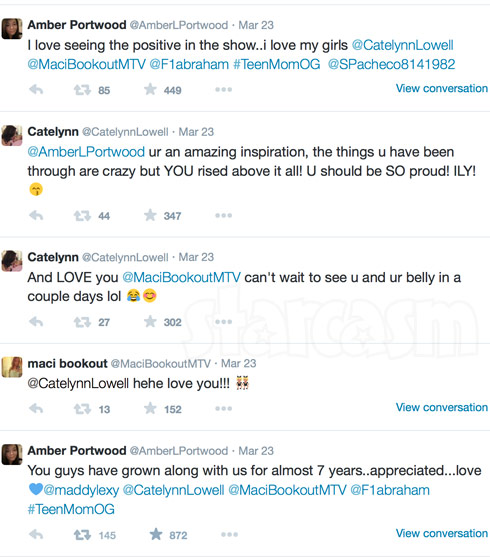 Heck, even Teen Mom 2 star Jenelle Evans got in on the OG tweetin’ action and kept it positive! 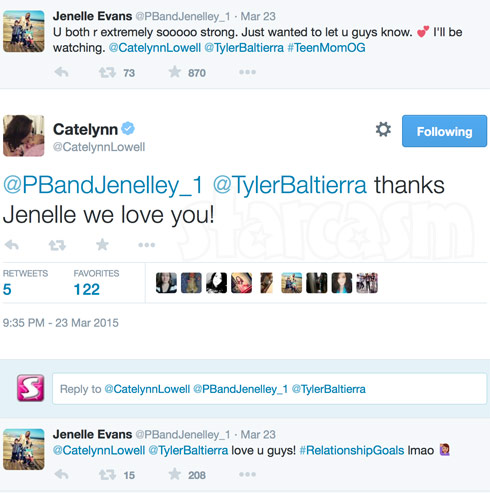 At the end of the episode we saw a preview clip for the rest of the season that included Farrah and Maci getting into it on screen (I assume when they were all in New York recently), so things look like they are going to get worse before they get better. (Am I a bad person for anxiously awaiting the on-screen Farrah and Maci showdown? If so, well I am just a bad person then!)

We had a great time live tweeting the episode with the cast and the more than 1.9 million viewers who tuned in! Having Amber there was extra special given that she didn’t have a Twitter account while the original Teen Mom series was airing, so it was a first. We’ll more than likely be in the Twitter house for each new episode airing Monday nights at 10/9c on MTV, so come join us!