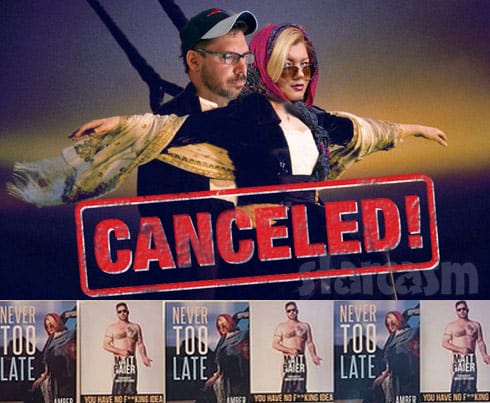 When Starcasm first caught wind of the scheduled event, we anticipated that it might not go well, but we had no idea it would wind up being such a disaster! Ashley’s filed a report last night featuring comments from a fan who attended and was disappointed in being stood up.

The fan said the handful of people patiently waiting were told that Matt had cancelled, but that Amber would still sign copies of her book. Then, just a few minutes later, the group was told that Amber had also canceled. “The employee said that [Amber] was crying and that she was confused and there was a conflict with filming,” the fan said. “Which makes no sense since they both knew about it and advertised it along with Barnes & Noble.”

Starcasm reached out to Barnes & Noble, and an employee verified that the event had been cancelled.

Amber later went all in, arguing that her name should not have been used because it was not her signing. However, promotions leading up to the event from Matt and the store indicated that she would be there also to sign copies of her book.

We included this cap in our previous report: 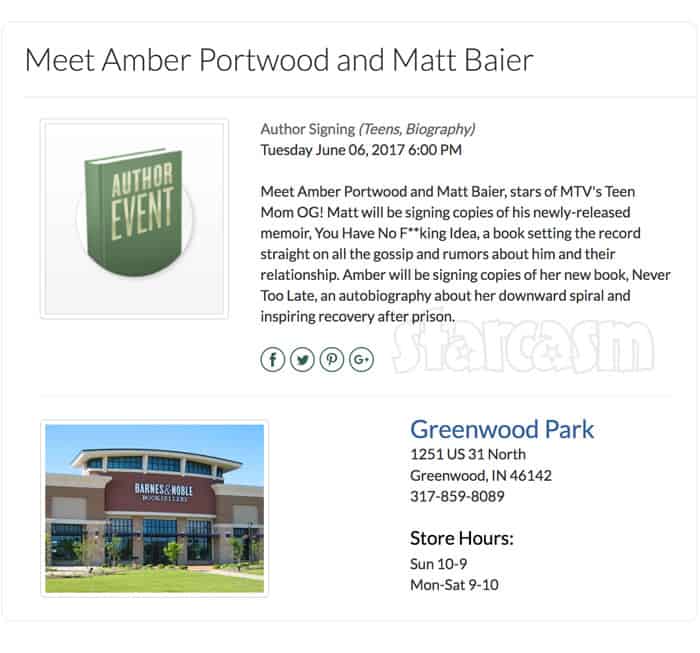 Here’s what an irate Amber had to say to the masses when she addressed the situation on social media:

An “insider” told Radar that the reason that Baier was not there was because “Matt is in Massachusetts visiting family. Matt has been jealous of Amber for going to the Teen Mom reunion in New York without him. They have been fighting.”

Earlier the same afternoon, Matt tweeted back at the fan who later spoke with Ashley’s inviting her to “come say hi.”

As the tweets continued, Amber got angrier:

Matt has yet to respond. Any bets on what “daddy’s” excuse will be this time?