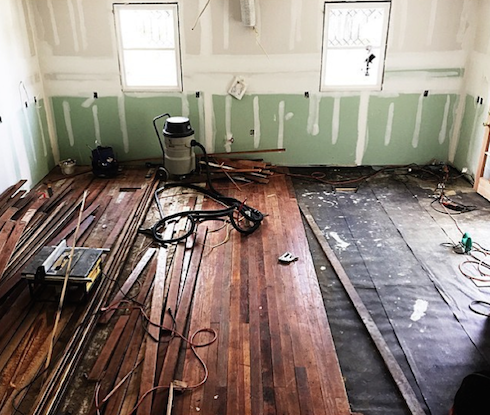 HGTV has yet to announce a premiere date for Fixer Upper season three, but, thanks to the magic of social media, we already know about some of what the new episodes will feature. At the end of last season, Chip and Joanna showed an especially rusty piece of property to their kids, and asked if the kids thought it was a good idea to move the family business into them.

The property was a pair of old silos in downtown Waco TX, at the site of the now-defunct Brazos Valley Cotton Oil Company. And the couple did indeed purchase them, with the intention of renovating them from the bottom up and moving their whole Magnolia Homes business and Fixer Upper empire inside. 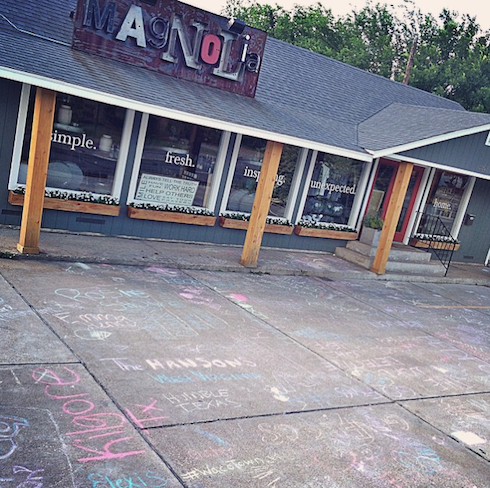 It’s been a little over a year since the season two reveal, and the silo project is almost complete. The couple envisions the downtown location as a major hub for Waco, one that will house not only their business, but enough room (and infrastructure) for between fifteen and twenty food trucks.

It’s a multi-million-dollar undertaking, one that required a six-figure tax break and a lot of back-and-forth with the Waco city council. Overall, though, development authorities are thrilled with what the Gainses are doing for their city. Said Waco Downtown Development Corporation president Willard Still, “[Magnolia Homes] has [already] been very successful in its current location. What they’re doing in the core of our downtown area is to really improve a piece of property, not only to look better but to make it more functional.”

Still added, “They’ve carefully thought this out, and the improvements are going to substantially improve the look of downtown.” 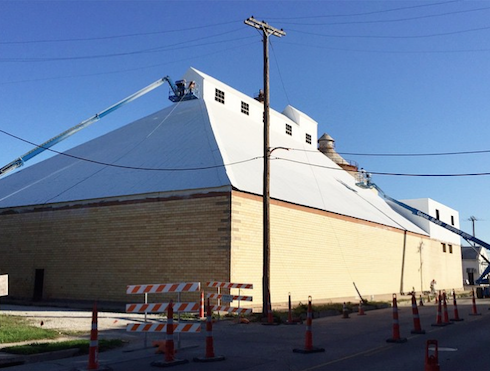 Joanna recently shared a silo update on her blog page, and it sounds like the project is indeed moving along nicely:

The Silos are really coming along and we are super excited about all that is happening on the project. We are projected to open towards the end of summer, so until then, keep visiting us at our little shop on Bosque!…Our retail location will move to the Silos, and we’ll also have a trade days event space and food trucks. The idea is community and an overall experience that will connect people with our city, our show, and our business. It’s our biggest fixer upper to date, and I can’t wait to share it with you soon! 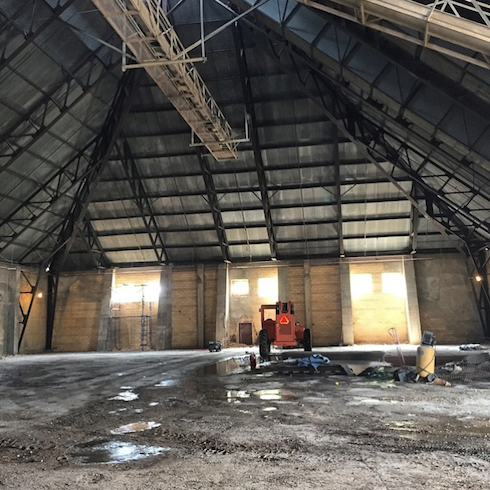 If you’re planning on visiting the Waco area anytime soon, you’ll be able to stop by the silos and browse through Joanna’s home furnishings store, too. The couple are consolidating all their operations, so the storefront we’ve seen during the first two seasons of Fixer Upper will close at some point during Fixer Upper season three.

There’s so much space at the new location that Chip and Joanna intend to build “an entertainment stage and a large showroom,” as well.

And, if you’re curious about how the whole silo process came together–and where the dramatic moments were along the way–you can rest assured that the show’s third season will feature a silo development storyline right alongside the Gaines’ usual home improvement antics. Joanna recently addressed the topic in a Q&A back on her blog:

@rmlauterbach asked: “Will you be airing a special on the transformation of the silos to your new workplace/market store?”
We are so excited about the silos project and we anticipate the completion of phase one towards the end of summer. The silos will be part of the episodes in season three, so you can watch the progress of this fun project from start to completion. We can’t wait to share it with you!

It seems like a pretty amazing thing for the city of Waco. Who wouldn’t like a home improvement and food truck hub right in the middle of any city? The sight of over a dozen different food trucks lined up to hawk their wares is pretty wonderful by itself. If nothing else, the silos are sure to give us even more reasons to want to move to Waco every time we watch Fixer Upper.

So: are you excited for Fixer Upper season three? Are the weekly HGTV marathons holding you over so far?

Why did Chip and Joanna quit Fixer Upper? ‘Security concerns’ alleged as show comes to an end