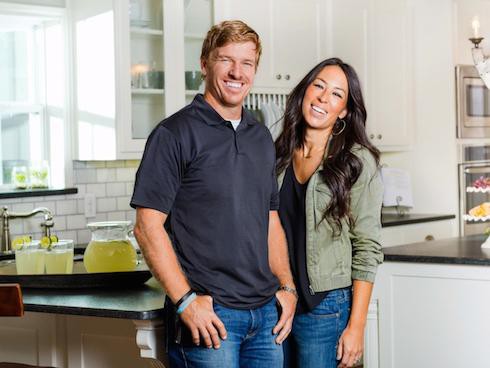 The second season of Fixer Upper only ended a couple of months ago, which means fans have a long wait until the new episodes air. However, HGTV has been kind enough to roll out some outtakes and bloopers from last year’s episodes to help keep your cravings at bay. They recently aired special outtakes-and-bloopers-only episode of Fixer Upper, but they’ve also unleashed a bevy of outtakes from the outtakes episode, specifically for the web. Settle in and get ready for some nonsense:

The thing that jumps out most of all is how camera-friendly Chip and Joanna (and their kids, when they make the occasional appearance) really are. The bloopers are fun, but they also aren’t that different from the tone and feel of an actual, proper Fixer Upper episode. That’s one of the things that makes the show so compulsively watcheable and eminently relatable.

And speaking of “eminently relateable,” here’s the video that details some of the fallout from the infamous time that Chip ate a dead, dried-up cockroach on a dare:

(So, either they’re super camera-friendly, or Chip is, and Joanna is the most patient woman on the entire planet. But that option seems quite a bit less likely. )

To check out the full range of blooper action, head over to HGTV’s glorious video page.