A Republican Congressional aide is stepping down from her post after a widely-shared Facebook post mocking the Obama daughters caught too much bad press for her boss to handle.

The Turkey pardoning, an annual Washington ritual, is not the most high-class affair to ever take place at the White House. And the girls certainly looked teenager-ish while waiting for their Dad to finish. But Lauten was downright offended: “Try showing a little class,” she told the girls. “Rise to the occasion. Dress like you deserve respect, not a spot at the bar.”

Lauten also addressed the girls, saying “your mother and father don’t respect their positions very much, or the nation for that matter, so I’m guessing you’re coming up a little short in the ‘good role model’ department.” 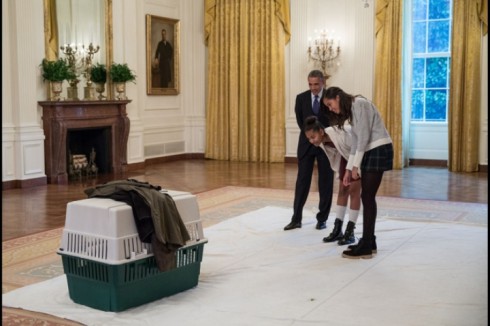 In fairness to Lauten, she wasn’t the only person who felt the girls looked a little…bored. USA Today’s headline read “Malia and Sasha Obama are so done with their Dad’s turkey pardon.” Commenters on Twitter and Facebook also noted the girls’ posture.

In fairness to the Obama girls, however, it is worth pointing out that the legal drinking age is 21.

Lauten has already announced that her resignation is “in the works,” and will be final shortly.

What do you, the viewers at home, think? Did Lauten overstep a boundary? When is it OK to criticize the President’s children, and how ought one go about it? Leave your most thoughtful commentary in the comments section.