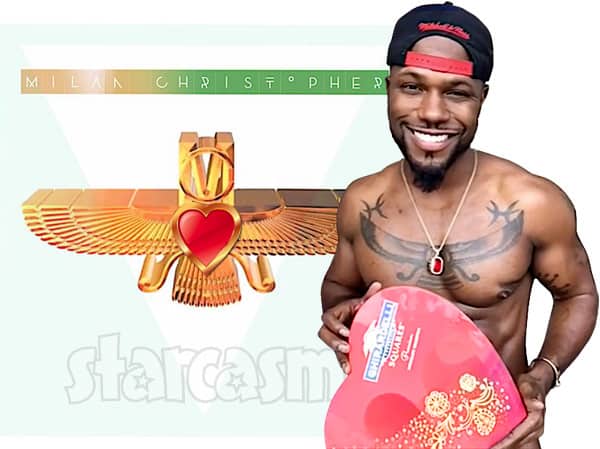 Love & Hip Hop Hollywood star Milan Christopher was handed a bushel of lemons in the form of former boyfriend Miles Brock, but now the rapper/model/reality star is looking to turn those lemons into lemonade with his own “looking for love” spin-off reality series!

The announcement comes via a video made by Milan for The Shade Room:

“What’s up? It’s your boy Milan Christopher,” the selfie clip begins. “Just sitting here talking to the new producers of my show, signing paperwork,” Milan adds. “And y’all are going to be surprised who they are!”

The details on the show come from The Shade Room. “Looks like #Love&hipHopHollywood star @MilanChristopher is getting his own spin off show, executive produced by #Kandi & #ToddTucker,” reads the caption for the video. “The show will be about Milan finding true love in Hollywood, after his ex, Sir Brock, broke his heart last season on #LHHH.”

Obviously, the show is still in its early stages, so it is unclear if a network has signed on yet or when production will begin. Stay tuned!

LHHH Here’s the story behind K. Michelle getting banned from radio