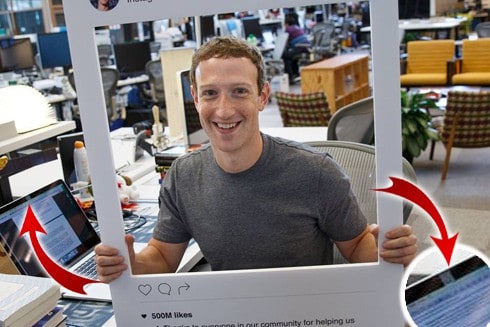 When it comes to that little webcam on your laptop, FBI director James Comey suggests you pull a Zuckerberg.

Earlier this year Facebook CEO Mark Zuckerberg made headlines when a photo share revealed that he covers up his MacBook Pro webcam with tape. A number of tech reporters agreed that this was a good practice. Tons of amateurs believed as much too, because if the guy who runs Facebook does it, then, well…

It turns out this wasn’t just paranoia, that is if you take to heart the advice of the man who runs the FBI:

“You go into any government office and we all have the little camera things that sit on top of the screen. They all have a little lid that closes down on them. You do that so that people who don’t have authority don’t look at you. I think that’s a good thing.”

It’s been revealed that governments including the United States were able to hack into computers and observe a user’s actions via their own webcam. “There’s some sensible things you should be doing, and that’s one of them,” Comey added of covering up your camera.

When asked if he practices what he preaches Comey stated, “Heck yeah.”