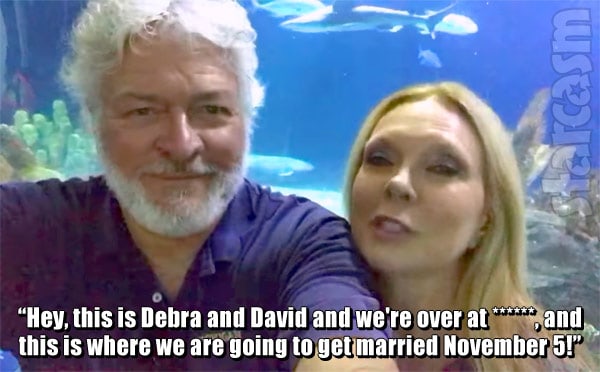 It seems that Farrah Abraham’s mom Debra Danielsen and her fiance Dr. David Merz have decided that Bora Bora is too Bora Boring for their wedding locale as they just announced they have eschewed their plans for a tropical destination wedding and will tie the knot in the American Heartland! With the fishes!?

Debra and Dr. Dave honored Discovery’s Shark Week by announcing their wedding plans with a video taken in a Shark Tunnel!

“Hey, this is Debra and David and we’re over at the Suzanne and Walter Scott Aquarium at the Omaha Zoo, and this is where we are going to get married November the fifth,” Debra reveals. “Right here with some family, friends, and some fans. And we can’t wait to tell you more details as the day comes close, but we’re really excited!”

If you are a card carrying member of Debra Danielsenstagram, then the zoo wedding should come as no big surprise because Debra made an Instagram post earlier about “wedding venue exploring” there while attending the “Brew At The Zoo” event: 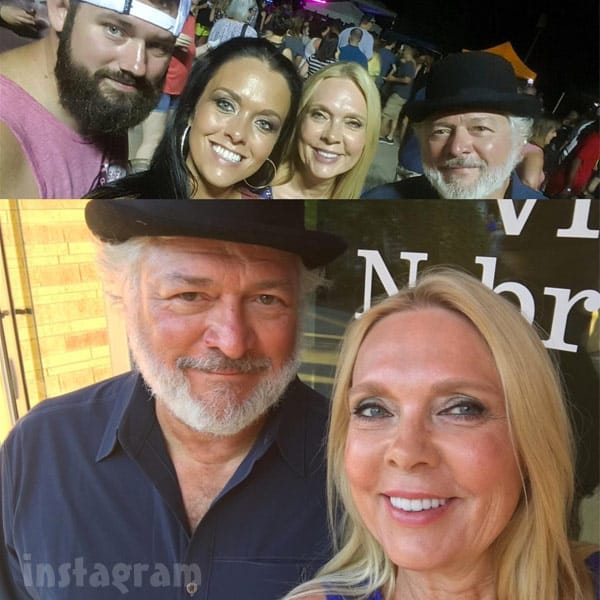 Super savvy Teen Mom OG fans may recognize the woman in the top photo as Farrah’s older sister Ashley. Those same super savvy Teen Mom OG fans (like me) are probably shocked to see Ashley and Debra hanging out because Ashley had a major falling out with the family a while back, thanks in large part to all of the drama and national media attention. All of the therapy Debra has been getting doesn’t seem to have helped her relationship with Farrah much, but perhaps it helped her rebuild a relationship with Ashley?

Something else you may have noticed in the bottom picture is that Debra has quite a spectacular smile. Like, spectacularer than usual. When asked about it in the comments section, Debra confirms that she got new veneers. When asked how much the new smile set her back, Debra revealed that the price tag was $30,000. Whoa! Debra’s making it rain with that Debz OG coinage! They do look amazing though — just glad she didn’t opt for a Debz OG grill.

Debra didn’t spill too many deets about her change of heart regarding the wedding locale. When asked about it, she simply said that “there were issues that prevented my dream of getting married in Bora Bora.”

Could one of those “issues” be a potential appearance on a wedding reality show? Earlier this month, Debra tweeted: “I just applied for Casting Brides @WEtv. Excited.” Hmmm… WE tv recently announced they are casting for a brand new season of Bridezillas. Just sayin’!

It’s unclear at this point if Farrah plans to attend her mom’s wedding or not. I would say no, but if the cameras are rolling (for MTV or WE tv or both), then I don’t know how she could resist. 😉

Congratulations to Debra and Dr. Dave! I’m sure the wedding is going to be quite the spectacular (and joyful) affair. 🙂

In honor of the locale decision, I’d like to dedicate this Billy Joe Shaver song (as performed by Waylong Jennings) to the soon-to-be newlyweds because it is about experiencing life (good and bad) all over before deciding to turn things around and return home to Omaha. (Just swap out prison for reality TV.)