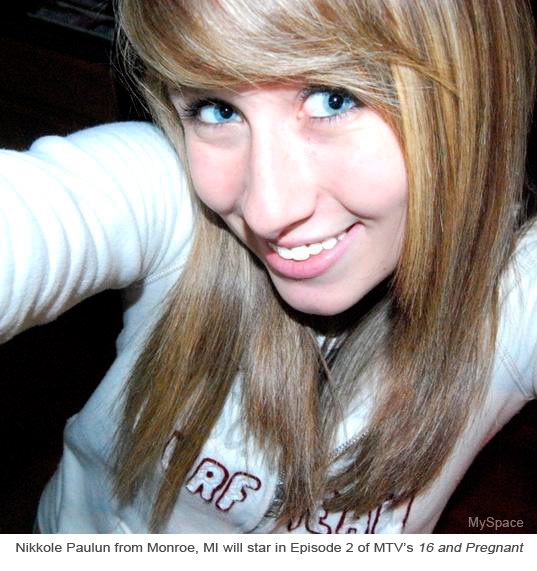 16 and Pregnant Season 2 Episode 2 features 17-year-old Nikkole Paulun of Monroe, Michigan. Though not quite as verbose as her 16 and Pregnant counterparts Ashley Salazar and Jenelle Evans, there is enough information online to piece together a little background info on Nikkole.

Nikkole was a cheerleader at Jefferson High School in Michigan when she found out she was pregnant with boyfriend Joshua Drummonds’ child. She transferred high schools from Jefferson to Monroe, which is where most of the filming for 16 and Pregnant took place. Unlike a lot of the girls featured on this show, Nikkole seemed to have a good relationship with her mother, that is until she started dating bad boy Josh. 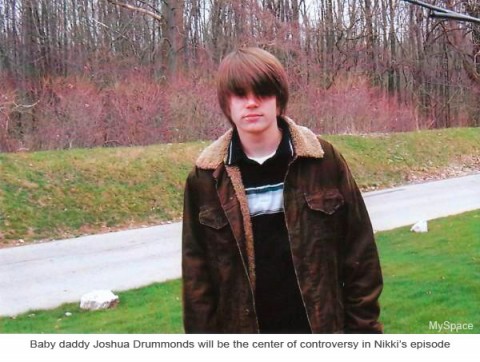 A brief description from TV Guide sums up the episode with “Friends of a pregnant teen despise the father of her child.” The description appears to be accurate given the comments by some of Nikki’s Myspace friends, which include:

yeah i respect the fact that its for lyle, but the fact is how do you know that hes going to be there.
we all have our own opinions on josh but he needs to realize all your friends are a big part in your life and maybe he should try to get on our good side and stop being a douche bag. i mean i don’t hate josh but i hate the things he has done to you and has put you threw, you don’t do that to someone you love. i don’t think you get all of our point of views. were not trying to start sh*t we just don’t want you or lyle hurt in the long run.

he should because someone needs to beat his a$$.
but idkk maybe when the baby comes he wont want to be wih anyone else.
i think josh is smart enough to know what comes first.

Nikki’s baby Lyle was born November 5, 2009 at 9:24 AM and one week later Josh pleaded to a charge of Larceny in a Building and was sentenced to 3 years probation. Online records are unclear exactly when Josh was arrested, but they do list the date of the offense as July 16, 2009.

It is impossible to imagine the chaotic world Nikki was living in! She was a pregnant teenager who just switched schools, had to give up cheerleading, she didn’t get along with her parents very well, her close friends couldn’t stand her boyfriend and father of her child, this same boyfriend committed a felony when she was approximately five months pregnant AND the entire thing is being filmed by a full MTV crew!

Here is a photo of the crew taping an “intimate moment:” 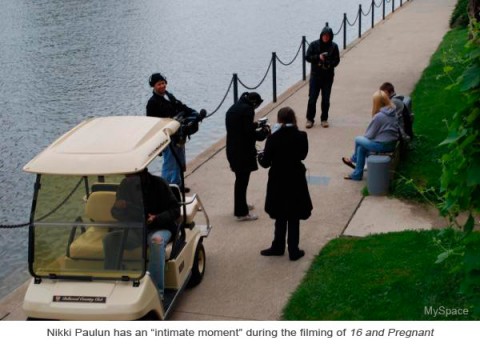 Amazingly Nikki seems to be persevering and is still able to appreciate the grace of having her son Lyle in her life (from Myspace):

December 30, 2009 – First off let me say that bringing another life into the world is the absolute most amazing thing I’ve ever done in my entire life. The second you hear YOUR baby take its first breath is the most precious moment of your life. I’ll never forget the feeling I had when I first saw Lyle.

But grace is rarely appreciated without suffering:

My labor was 24 hours long. I waited a total of 20 hours before I even got an epidural (because I wanted to do it naturally). But I was still only 5 cm dilated and the pain had become completely unbearable. So, as scared as I was, I got the epidural. After that I slept like a baby and when I woke up they told me I needed to start pushing. Of course being the little girl I am, I freaked. I wasn’t ready to push haha. So I thought. Half an hour of pushing later and my little boy was here. Recovery sucked because I had to get an episiatomy (cut a doctor makes on your vagina when the baby’s head is too big) Ow right? It took about a week after his birth for the pain to go away.

So far Nikki reminds me of Maci from Season 1 in that she not only has to raise an infant son, but an infantile boyfriend as well. Ryan (Maci’s beau) was a big baby that liked to lay around and cry a lot, but Josh sounds a little more rambunctious and stressful. I’m sure it will be painful trying to watch Nikki juggle all these emotional bowling pins at once. 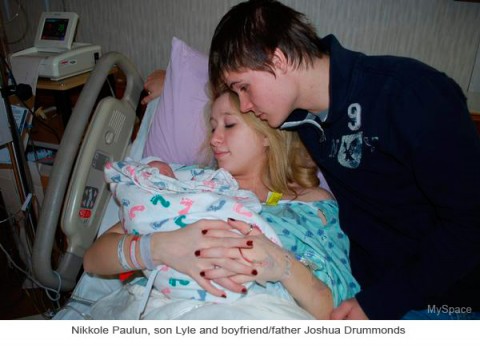 People are quick to criticize these girls for going on 16 and Pregnant and I couldn’t disagree more. Not only do I believe the show does a great job of deterring teen pregnancy, but after researching just three of the upcoming cast members I’ve found that the show actually provides a support structure that helps these girls deal head on with what has happened and enables them to move forward and make the best of their bad situations.

In addition to striking up conversations and friendships among themselves, cast members also do the same with lots of teen mothers in similar situations around the country. They talk about what it’s actually like giving birth, what to expect in the third trimester, how frustrating parents and baby daddies can be and how frustrating it is finding clothes that fit among many other topics unique to their situation. I haven’t heard one peep from a single one of the 16 and Pregnant girls that has even remotely hinted that the ordeal has been fun or that their lives are glamorous in any way. Also, I’m not sure how much they get paid exactly, but I think one of the girls mentioned it was just enough to buy a television, so don’t accuse them of doing the show for money either! (That being said, I would hope MTV offers some sort of college fund or trust fund for the children because these girls are making MTV a ton of money and they do have to put up with a lot of crap.) You should also keep in mind that many of the girls in season two (including Nikki) got pregnant before the first episode of 16 and Pregnant had even aired.

Anyway, I’m really looking forward to seeing Nikki’s episode and I’m hoping that Josh will have some sort of epiphany and find his inner Tyler before it’s all said and done. (UPDATE: In reference to Josh, Nikkole says on her Formspring account, “We are on a break currently.”)

UPDATE – CLICK HERE to watch a 7-part video interview with Nikkole Paulun by SuChin Pak discussing things that happened during filming of the episode and what has happened since. (After watching the episode I think I may be reconsidering some of my preconceived opinions of Nikkole.)

Nikkole, like the other girls I’ve profiled so far, seems very generous with her time and you can ask her pretty much any question at her Formspring account: http://www.formspring.me/nikkoleandlyle

For photos of Nikki and Lyle you can friend her on myspace at http://www.myspace.com/addison_dettloff11

Tune in February 23 for Episode 2 of 16 and Pregnant Season 2 featuring Nikkole Paulun! Watch the trailer HERE.

UPDATE – Here’s a preview clip of Nikkole’s episode featuring a hospital room fight between Nikki’s mom, Josh and Nikki’s mom. Keep in mind that Nikki is in labor the entire time. UNBELIEVABLE!