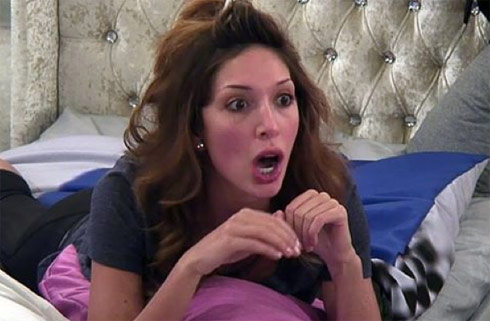 Teen Mom OG star Farrah Abraham has admitted to exaggerating her story about an incident that happened with an Uber driver in January 2015.

Last week Farrah said that a driver “almost raped” her. When Page 6 followed up on the story, a rep for Uber said that Abraham never filed a complaint. The company also stated that they banned Abraham from using their services after the driver reported that Abraham’s boyfriend, Simon Saran, spilled an alcoholic beverage in the front seat.

Farrah spoke with Page 6 about the situation and said that when the driver arrived to pick her up, he made her walk down to the vehicle instead of picking her up in front of her hotel. She added that he then stared at her as she got in the car which made her uncomfortable.

“I got into the car and the gentleman was looking me up and down… Something was wrong with him, like he was mentally disabled,” Abraham said.

She got out of the car and at this point Simon came to talk to the driver and the pair got into an argument.

When Page 6 pressed her on why she said that she was “almost raped” she answered, “It could have escalated into a rape situation.”