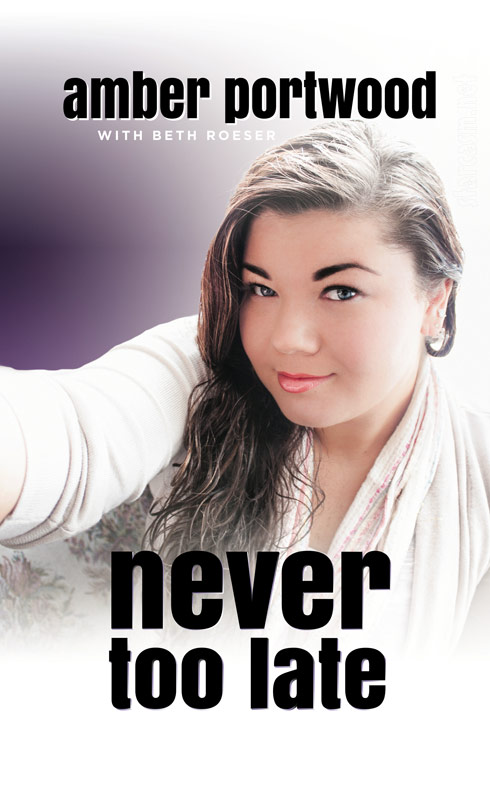 Earlier this month it was announced that former Teen Mom star Amber Portwood is releasing a book about overcoming her struggles with drug addiction as well as numerous other demons — some of which viewers learned about on the show, others of which she had not previously talked about publicly. Fans later learned that the book would be titled Never Too Late and Amber’s publisher, Post Hill Press, has just unveiled the book cover!

Seen above, the cover features what looks to be Amber taking a glamorous selfie and includes a credit to author Beth Roeser, who co-wrote the book with Amber.

So what do you think of the cover?

To find out more about the book, be sure to check out our post with all sorts of info (including excerpts) here!

Did Amber Portwood and Matt Baier break up FINALLY?