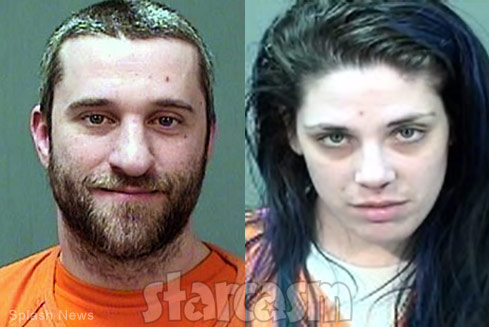 Somehow Christmas 2014’s most bizarre celebrity news story just got slightly more bizarre as it has been revealed that Dustin Diamond’s girlfriend Amanda Schutz, who was arrested along with Dustin on December 26 after a stabbing incident at a Wisconsin bar, is a professional clown. So the headline can now read, “Screech arrested with girlfriend Loli Pop the Clown after Wisconsin bar switchblade stabbing.”

The identity of Dustin’s girlfriend Amanda (multiple media outlets are saying the couple is engaged and Amanda is Dustin’s fiancée) was confirmed in the arrest report released by police yesterday. In the report Dustin claims that he and Amanda Schutz, 27, were at the Grand Avenue Saloon in Port Washington, Wisconsin on Christmas night when he observed a group of people appearing inebriated who became rude and insulting. Dustin says the group’s behavior led him to believe “there was going to be a brawl,” so he turned to close out his and Amanda’s tab and retrieve their coats. 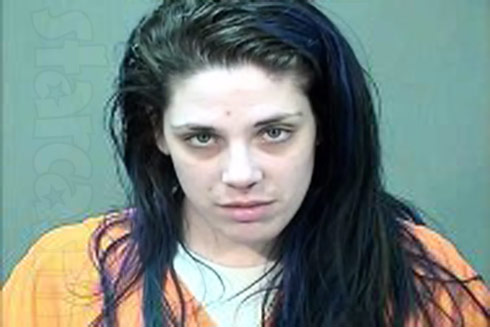 Dustin says when he looked back Amanda was bleeding and was being held by her hair by two men. When he went toward his girlfriend to assist, Dustin says in the report that a man grabbed him and that he might have stabbed the man with the pen he used to sign his credit card receipt. Dustin later admitted he had a knife, according to the report.

“Diamond stated that he did not intentionally stab the individual in the bar but that chaos broke out and people were grabbing at him and that he swung his arms to break free,” reads the report.

The man who was allegedly stabbed told police he was unaware of being cut and that he did not see a knife, but the prosecutor later stated the man was treated for a half-inch puncture wound under his arm and is currently recovering at home. 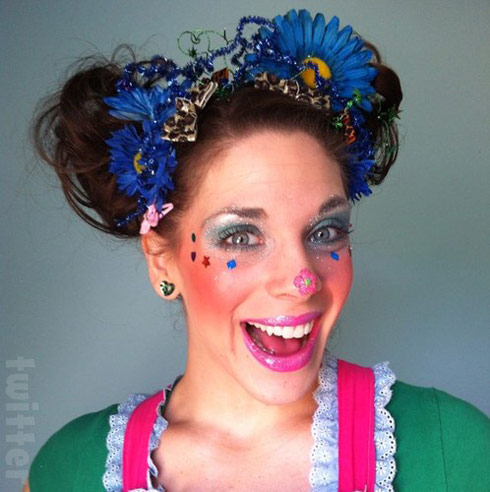 After the incident, Dustin and girlfriend Amanda (seen as Loli Pop the Clown in the photo above) left the bar and were later stopped by police, who found a “stiletto folding knife with a 3.75-inch blade, which uses a thumb stud and assisted opening mechanism.” (In other words, a switchblade knife.) Police said the knife’s tip was moist.

Dustin Diamond had a court appearance Friday via video conference, during which the judge set a $10,000 cash bail. Multiple media outlets are reporting that Dustin is facing three misdemeanor charges, including second-degree recklessly endangering safety, although his online booking information from the Ozaukee County Sheriff”s Office shows him being charged with first-degree recklessly endangering safety, which is a Class F felony.

Schutz, 27, was booked and released and faces a single charge of disorderly conduct. 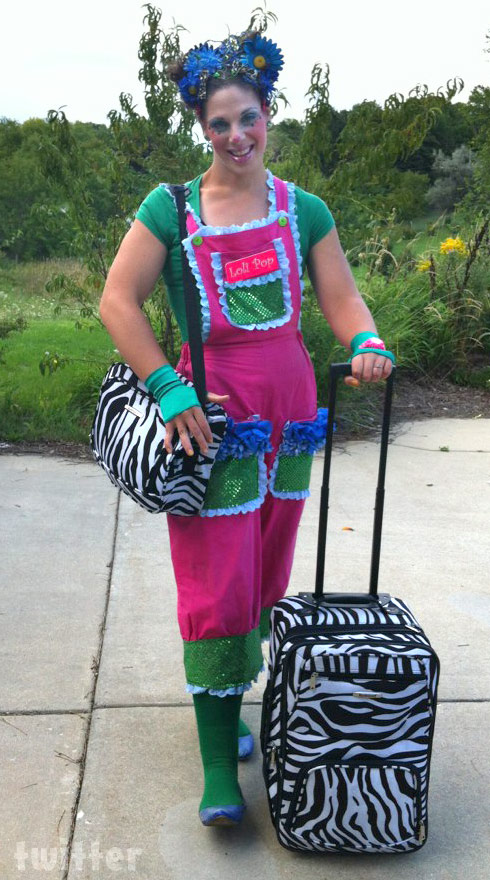 Amanda Schutz makes her living heading up Loli Pop Entertainment, LLC, which appears to just consist of Amanda making herself available for parties and events as Loli Pop the Clown (above). Here’s how Loli Pop the Clown is described on her website:

Originally from New York, Loli Pop the Clown is fun, loveable, and the perfect entertainer for children of all ages. Loli Pop specializes in providing interactive entertainment for your party guests, which includes dancing (both classic and new favorites!), games, face painting, balloon twisting and more!

And if Loli Pop the Clown looks familiar to some of our readers, then it may be because she is no stranger to reality television. “Yes, I’ve even been seen on the Bravo network’s hit show The Real Housewives of New York City (Season 1)!” she reveals on her site. (I searched RHONYC Season 1 episode summaries looking for a scene with a clown or a kids’ party, but had no luck.)

In a 2012 Ozaukee County Press “Good Living” cover story Amanda says Loli Pop is similar to herself, only more animated, and that her success stems in large part from how she treats kids while in character. “I’m real, I’m fun and I’m funny, but I’m not goofy. The thing about me is, I treat them with respect. I talk to them like a peer and they respond well to that,” Amanda said. 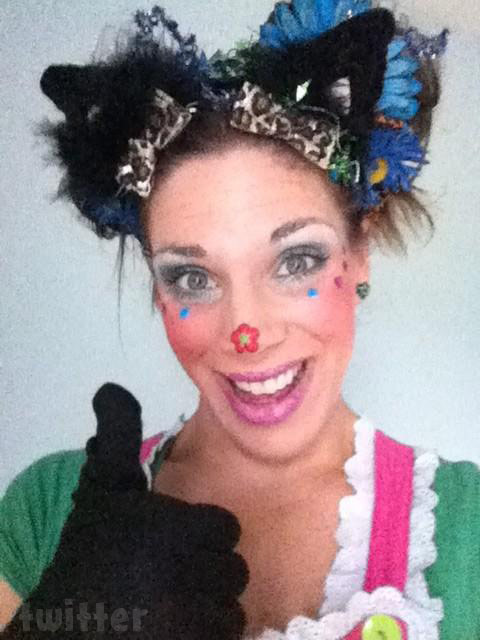 Amanda first got into clowning after answering an on-line ad for a clown while living in New York in 2007. “It started out as this part-time joke of a job, but they see how much I love it and what I’ve done with it,” Amanda said of her friends, who encouraged her to answer the ad. Her career in clowning came after Amanda majored in arts administration with a concentration in theater at Wagner College in Staten Island, New York.

It is unclear how being involved in a stabbing incident with Dustin Diamond will impact Loli Pop the Clown being able to book parties, but judging from her Twitter account she was already stepping away from the business a bit:

Big news! I am not accepting bookings for the remainder of the summer, as well as into the fall and winter.

Business will resume in late December/early January, as I am going to be away in New York for a separate business endeavor.

I sincerely apologize for any inconveniences, and I will miss Wisconsin dearly!

Apparently, whatever Amanda’s “business endeavor” was in New York City, it allowed for her to return to Wisconsin (and Dustin) for the holidays.