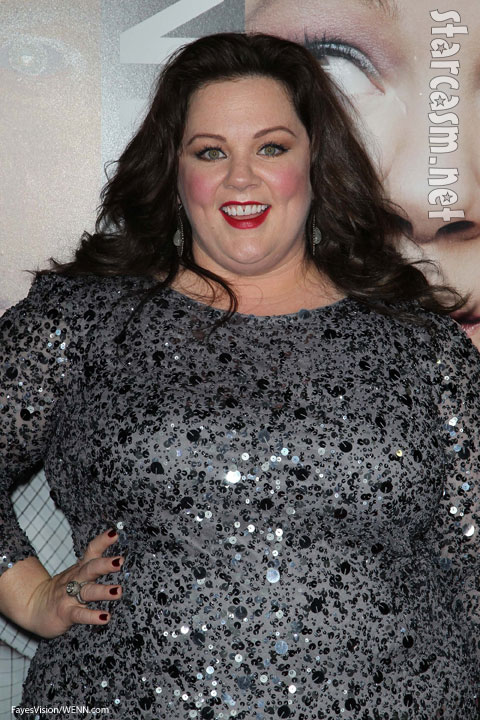 Funny lady Melissa McCarthy is leading not only this weekend’s box office, but securing the top box office of 2013 with Identity Thief, which also stars Jason Bateman.

The movie decimated the competition, pulling in $36.6 million in spite of the Snowicane blizzard that kept many people in the US indoors. Runners up were Warm Bodies at $11.5 million, Side Effects with $10 million, and Silver Linings Playbook by $10 million.

This victory is particularly sweet after a scathing review of the movie, AND of Melissa’s body became viral. Rex Reed of The Observer called McCarthy “tractor-sized,” a “hunk of junk,” a “female hippo,” and a “screeching, humongous creep.”

Melissa, who stars in the sitcom Mike & Molly, and is enjoying a snowballing movie career after breakout role in 2011’s Bridesmaids, has been very open to the media about her weight struggles. Just this last November she told Good Housekeeping:

“I don’t really know why I’m not thinner than I am. I don’t really drink soda, I don’t have a sweet tooth, and we eat healthfully at home. Sometimes I wish I were just magically a size 6 and I never had to give it a single thought. But I am weirdly healthy, so I don’t beat myself up about it — it wouldn’t help, and I don’t want to pass that on to my girls.”

VIDEO Miss America responds to critics of her bikini body