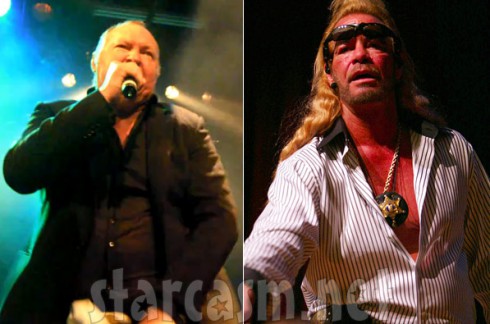 This celebrity business can be some weird guacamole. Star Whacker revealer Randy Quaid fled America after he and his wife Evi got busted squatting in a house they used to rent and then didn’t pay for damages. Despite the squat bust, the dippy duo have concocted numerous paranoid conspiracy theories to explain their cross-border creep, which left a US bail bondsmen holding the bag on two $500,000 bonds!

So, did they hop a plane to somewhere exotic where the alleged celebrity-murdering Star Whackers couldn’t find ’em? No, they slipped over to Canada. And thanks in large part to the fact that Evi is a native Canadian, the two were granted citizenship.

In case you were wondering if America has an answer for National Lampoon’s Bonnie and Clyde, the answer is yes! Uncle Sam has a best bud when he needs frontier justice and his name is Dog. That’s right Quaid, Dog the Bounty Hunter (Duane “Dog” Chapman) is on your ass, and his old lady Beth has laid out exactly what that means for your now doomed future. Forget those crazy Star Whackers Randy because the dog is on your trail!

As my husband, Dog the Bounty Hunter, was crossing the border into Canada today, it crossed my mind how scared you must be! Every time you hear his name associated with yours, every time you leave your house, and every time you tippy toe across the border, you must get a sick feeling in the pit of your stomach. I bet you wonder if he’s out there.

Life on the run isn’t so glamorous, is it?

The sad thing about the situation is that you sucked other unsuspecting folks into your drama. If you had posted cash in the first place, then the only victim would be those people whose land you trespassed on. Instead, you had to involve a bail agent, a real person…not a celebrity, not some rich gambling man, but a real person! An overworked, under paid, and unappreciated person who probably thought, “Thank you Jesus! I’ve found the bond of a lifetime: a million dollar bond with known credible people! WOOOHOOO! “Martha, we can pay the mortgage!” kind of a bond! The kind most bail agents never see in a lifetime and a real blessing…or is it?

My husband and I have found ourselves again in a precarious position between right and wrong. We find ourselves questioning whether or not you’re worth the risk. I bet you’re asking yourself, “Is he crazy enough to try it for a second time? How much trouble would he get in? How much time would he do for catching us in Canada? 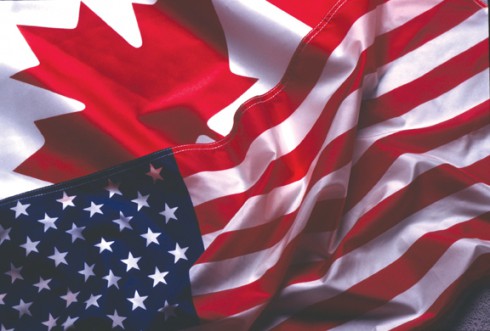 As a fugitive hunting family, it is very frustrating for us to turn our heads when there is such a big bounty out there. If a bail company bails someone out, they are responsible for the accused to appear in court. If he or she (or both) is a no show, the bail company is left in a desperate situation and will surely have to pay the million. They could very well lose everything and end up devastated. A life’s work lost on two $500,000 bonds! Your bonds. Ultimately, they either have to catch you, or pay! Well, the clock started ticking 100 days ago or more and 180 days are all a bail company is allowed under California law. Now, these folks have less than 60 days left until the hearing that is set for November 10, 2011. They must show cause to the court why they should not forfeit the whole million dollars for your two bonds.

So, where does that leave us, Randy? You ran! You got citizenship under your ‘Ol lady’s skirt. You got away! The bondsman gets screwed. Your reputation is ruined forever! Now that’s where we come in!

We all know you have successfully fled the country. It is one thing to be so desperate that you were forced to run for your life…but that’s just not believable anymore! “Star Whackers”? Here is where it gets interesting. Let me tell you just like I told Andrew Luster…You are a fugitive! YOU’RE FREE GAME! And we’re gonna get ya no matter where you go no matter how long it takes. “ You can run but you can’t hide,” from the long arm of the Dog …

See, we have played all sides of this game already…hunting the “celebrity fugitives,” who think they are going to get the shaft! “YES, we get it!” We also played the role of the ones being hunted. The Mexican authorities were trying to extradite my husband and his son! Terrifying, isn’t it? Yes, I know! Does the hunted ever get over being hunted? I doubt it. But it does go away after you finally get a resolution. And that is why we’re encouraging you to come in.

We are reaching out to you, Randy. If you want our help now’s the time to ask. We’re all about 2nd chances if you need one now is the time! Do the right thing! The man is the spiritual “leader” of the household. Where are you leading your family? Is this your legacy? Have you worked your whole life to be an Academy Award Winning Actor, or a fugitive from your country on a minor crime of squatting? Making an international incident out of a minor crime is ridiculous. Squatting? Or even some bull crap destruction charge… are you kidding me? The fines would be far less than the bonds you are about to forfeit.

Let us help you negotiate your surrender.

If you surrender voluntarily, you will have the ability to make this go away quickly! A trusted lawyer can “make a deal” with the DA to let Evie out completely. You come back, resolve the case, and pay the fine do the time whatever!

These charges are minor and are hardly worth all this hype. However, as I mentioned before, the mom and pop bail company will end up folding. They will lose everything. For a million dollars, they will hunt you forever… and so will Dog! At the end of the day, my husband will not break the law to catch a law-breaker! He will not try to apprehend you while you’re safe and sound on Canadian soil. He might even meet you for a beer! But if you cross that border … BRAH!

“You too can be the next contestant on the Dog the Bounty Hunter show!”

Beth is some sort of Abe Lincoln-Matlock hybrid with that pen I tell ya’. I think she could talk any sane man into surrender but therein lies the problem. Happy huntin’ Dog!