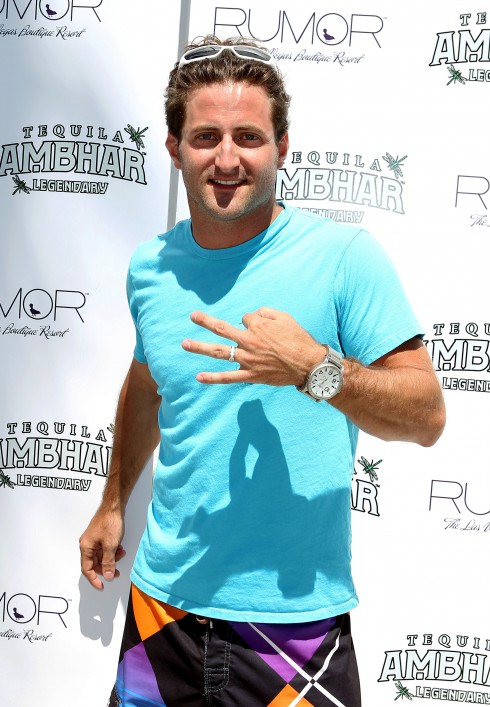 Tonight, fans watched as The Bachelorette Desiree Hartsock navigated through her final thirteen men on the show — and she did so in Atlantic City. While the entire experience of being The Bachelorette and speed dating tons of hotties seems like a very romantic and fun process, there’s a lot that fans don’t get to see on camera.

As we watched Monday’s latest episode, we came up with a few questions about why certain things happen on the show. Here to answer them is someone who knows all the juicy behind-the-scenes details — The Bachelorette Season 4 winner, Jesse Csincsak!

Starcasm: The guys that are left are all so different. People usually have a type, but it never seems that the final guys are all that similar. Is this the Bachelorette’s way of giving herself a lot to pick from, or is this what producers push for in order to keep the drama going in the house?

Jesse: The Bachelorette actually picks her final four all on night one! I mean come on, if you were in a room with 25 guys for 10 hrs you could totally pick four guys to travel with for the next two months to get to know better. So, out of the final 13, nine of them will actually be sent home by producers, and the actual real eliminations start at final four.

Starcasm: On tonight’s episode, Desiree and the guys left Los Angeles and embarked on an “Around The World” journey starting in Atlantic City. What is the point of traveling to so many different locations? Is it to channel the many different personalities of the men? And doesn’t this just make it harder to adjust to “regular life?”

Jesse Csincsak: The reason why almost none of the couples ever last after being on this show is because of the producers! They travel the world so the producers can produce an interesting season. However, if Dez is smart, she will find her man and stay as far away from the limelight as possible — to get back to real life, to really get to know her choice!!

Starcasm: In general, do producers try and cater to what they think will keep certain guys around, or do they let the guys’ real personalities shine through?

Jesse Csincsak: It’s all about ratings! If the show doesn’t get good ratings it gets the boot, so if a guy being himself gets ratings then they leave it be, but if not, they step in. 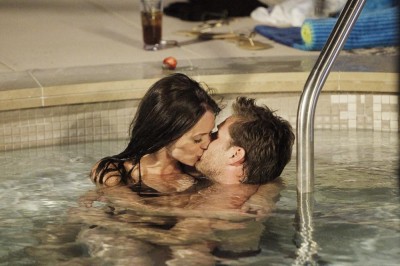 Starcasm: One guy even said, “Traveling takes romance from one level to the next.” Is this what the producers are going for?

Jesse Csincsak: Absolutely. They want these guys throwing themselves at her, fighting with one another over her, and they will do whatever they need to to make that happen as it generates ratings.

Starcasm: Is it harder or easier on the guys to be on vacation together? Or in the house?

Jesse Csincsak: Vacation is way easier as they are away from each other more!

Starcasm: As far as the dates go, is there a reason why Dez would want to do the one-on-one first, or is this a producer decision? Are one-on-ones typically because the Bachelor/Bachelorette really likes someone or is leaning towards letting them go but wants to give it one last shot?

Jesse Csincsak: Everything until the final four guys is all producers.

Starcasm: Throughout the season, a guy named Brad has sort of become known as the dullest of the bunch. So, when they arrived to Atlantic City, he and Dez headed out to an amusement park. Was this an attempt at making Brad more fun for Dez? After all, anyone can be fun at an amusement park.

Starcasm: Dez’s first one-on-one ended in her sending boring Brad home — at the top of a lighthouse. Why the elaborate break-up? Couldn’t she have done it during dinner? 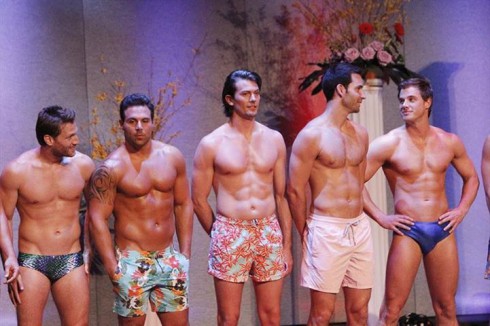 Starcasm: The guys could see the date happening on the boardwalk from their hotel room — what do you think about that? Totally planned?

Starcasm: Dez brings 11 guys to compete in a “Mr. America Pageant” in front of a live audience. They are judged on interview questions, talent, and, of course, their looks. Oh and they had to wear speedos. Why? Is this partly just to put a show on for the viewers and partly to cause tension with the men?

Jesse Csincsak: Again all production for producers to get good footage. 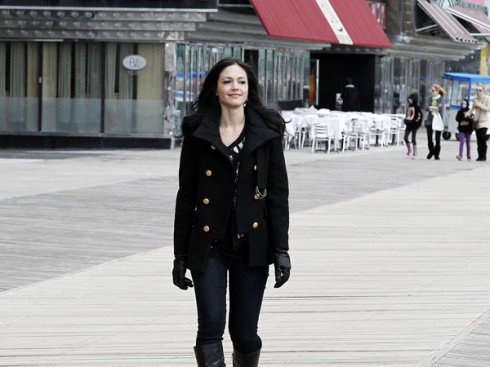 Starcasm: They take a helicopter ride to see Hurricane Sandy devastation and then meet a couple affected by the storm. It was emotional. There were tears. Dez and James ended up giving their romantic date in AC to the couple, deciding that they would appreciate it more. Is this meant to be an educational message or is it meant to channel the emotions of Dez and James?

Jesse Csincsak: Mike Fleiss, the executive producer, is all about $$$$, so if he did Hurricane Sandy footage, it was probably because he was paid money to do it.”

Starcasm: Are the order in which the names are called thought out in advance, or does the Bachelorette just get up there and start naming them off? How long does a typical rose ceremony last?

Jesse Csincsak: The names are done 3 at a time. She calls 3 names, leaves the room, gets 3 more names, then comes back to the rose room and stands back on a piece of tape right where she was to continue with the next 3 names.”

And there you have it! Thanks so much to Jesse for taking the time to talk with us!