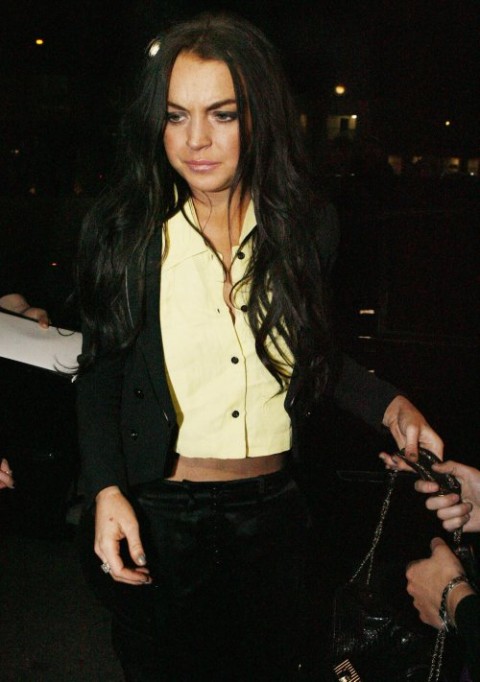 It’s non-stop action here at the Lindsay Lohan beat. This week, Lindsay’s gotten into a Twitter war with dad Michael Lohan and now TMZ has posted that Lindsay is totally broke and can’t pay her rent. Oddly enough, she has found 23,000 to make her account current with her landlord, after she was served with a “pay or get out” notice.

So, which is it? Who really knows? What we do know is that once again, Dina is in the press insisting Lindsay is just fine, despite many reports to the contrary. Last night, Lindsay fell yet again while leaving L.A. nightclub Les Deux. She was also ranting on Twitter about being “set up” for paparazzi shots by her so-called friends. Radar reports that after she left Les Deux, she tried to go to Voyeur, another club, where she was denied entry.