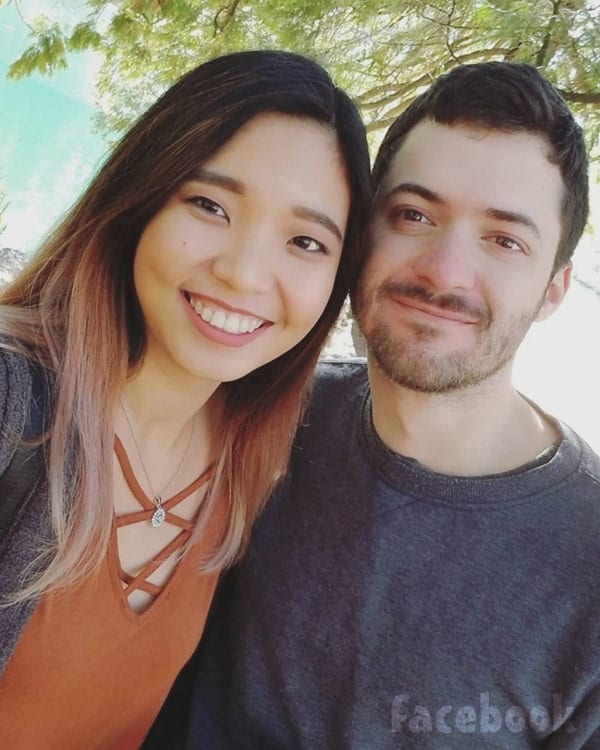 One of the most beloved couples in the history of the 90 Day Fiance franchise — and I mean that in a good way — may be returning to TLC, as Season 3’s Noon Huckabee recently teased a big announcement before sharing a photo of herself filming!

The tease came while Noon and Huck were vacationing in Las Vegas earlier this month. Noon posted a photo staring into the Vegas night sky in front of Caesars Palace with a HUGE smile on her face. “This is my face when I know big news coming up on October 1st ???” she captioned the photo.

Most of the commenters immediately speculated that Noon was pregnant with her and Kyle’s first child. But Kyle himself dispelled that notion in the comments section with a string of emoji: ??????

Noon also responded to the speculation by explaining: “I wish I can get pregnant now but I can’t. I need money for raising my kids in the future first. What you guys see on the photo that is not a baby but it is my belly?.”

With the baby theory all but debunked, folks began excitedly asking if the couple was returning to TLC. Neither Noon nor Kyle responded to those comments — which of course just added fuel to the rumor fire.

Earlier today, Noon appeared to confirm that she will return to TLC — or at least some other reality show on another network — by posting a photo of her recording what looks to be an interview segment with a professional videographer:

She captioned the photo with just three starry-eyed emoji.

Noon had previously stated that she was open to returning to TLC — a stance that’s uncommon among former 90 Day Fiance cast members, since the show often portrays them in a less-than-favorable light. But, as I mentioned at the beginning of this post, Huck and Noon are beloved by the fans of the show.

It was their fans’ positivity that inspired Noon to create a reddit account and introduce herself to the /90DayFiance subreddit in what amounted to an impromptu AMA back in July. Redditors asked Noon lots of questions, including whether or not she would be willing to return to reality TV:

REDDITOR: Hello Noon, I hope that you’re doing great! We all love you and Kyle here for sure. Do you think you will ever do more filming for TLC? I would love to see you guys back on the show.

NOON: I don’t know yet but I would do it again. They kinda make the show looks like scammers show now lol

REDDITOR: Omg my wife and were just talking about how we miss you. The show needs you back to balance out the craziness… ohh my budda ?

NOON: I hope TLC see this ?

I’m thinking Noon got her wish and TLC did see it! (Or at least producers were able to see fans’ desire to have the couple back.) So, if Noon and Huck are returning to TLC, the next question is in what capacity. The most obvious, least exciting option would be TLC’s web series 90 Day Fiance: What Now? Although any official update on the Hucks would be great, the What Now? series is very limited, and doesn’t get a lot of exposure.

The second option would be 90 Day Fiance: Happily Ever After, which seems like a good fit given that we are hearing reports of a BIG cast shake up on that series. OF COURSE having Noon and Huck on Happily Ever After would be great! And it most certainly would seem to do exactly what the redditor mentioned as far as balancing out the craziness. 🙂

The third option is, in my opinion, the most intriguing, and that is TLC’s newest 90 Day Fiance franchise entry, The Other Way. The Other Way documents Americans looking to move abroad to be with their significant others, and Kyle moving to Thailand sounds just perfect, right? Plus, that scenario would seemingly fit what Noon has stated about needing to save up money before having children.

Kyle posted about he and Noon’s financial frustration living near Portland on Facebook back in July. “Trying to save up for a down payment on a house but every year the goddamn value increases so much it seems impossible,” he wrote. “Can’t even get a starter home under 350k here.”

Someone responded by suggesting Thailand as an option, and Kyle responded with: “For 350k in Thailand I could get 8 huge 2story homes or maybe even a hostel /hotel.”

I sense a story line!

Either way, we should know for sure on October 1. My guess is that’s when TLC will make its announcement(s) on the upcoming season(s) of What Now?, Happily Ever After, and/or The Other Way. Stay tuned!

UPDATE – Kyle has responded to the reports of their potential return to TLC with some bummer news for fans. “?NOT TRUE ?NOT TRUE ?” he wrote on Instagram along with a screen cap of an article about the couple’s return tease. After a commenter expressed sadness over the response, she asked Kyle why they did not want to return. “We don’t have or want any drama in our relationship and that’s pretty much the nature of it,” Kyle responded. “We will do an update sometime but not another season.”

90 DAY FIANCE Will Luis be deported after divorce from Molly?