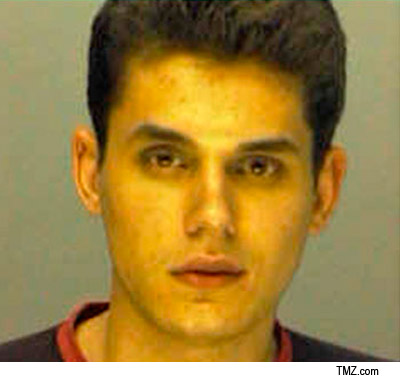 Here is the infamous John Mayer mug shot that had a bounty placed on it by John himself.

Musician John Mayer tweeted a challenge to the folks over at TMZ, offering a $25,000 reward to an animal charity of the website’s choice if they could turn up his mugshot. I could understand challenging CNN, FoxNews, The New York Times or any of those lesser investigative news organizations, but not TMZ! Of course they found it. The mug shot is from a 2001 arrest in Atlanta for driving on a suspended license.

Check out the rest of the story over on TMZ.com.

WAIT A MINUTE! The folks over at The Smoking Gun claim they posted the photo first! Here’s what they had to say about the “controversy:”

AUGUST 27–As you may have read, the musician John Mayer has offered a $25,000 charitable donation for the publication of a mug shot that was taken following his arrest several years ago. While he technically made this offer, via Twitter, to the gossip site TMZ, we figured it applied to any other bounty hunters. Like The Smoking Gun, for example. So, as seen below, here’s Mayer’s mug shot. The photo was snapped after the performer was collared by Georgia cops in May 2001 for speeding and driving without a license. To those keeping score, TSG was the first site to publish Mayer’s mug shot, which we did today at 3:03 PM (Eastern time). A post to our Twitter page (tsgnews) noting that “Mayer owes us $25,000” was also made at 3:03 PM. For its part, TMZ posted the photo at 3:10 PM, with the site’s customary “EXCLUSIVE” claim. While the TMZ item carries a backdated “posted” time of 3:03 PM, a check of the item’s comments section shows that the first comment was recorded at, not surprisingly, 3:10 PM, moments after the photo appeared on the gossip site. Both sites received the image from Ashanti Moore, an administrative assistant with the Atlanta Department of Corrections, who e-mailed the photo to TMZ (but only after it first appeared on TSG).

Awesome! A celebrity blog cage match between TMZ and TSG! I’m currently pulling for The Smoking Gun, if only because their mugshot was better: 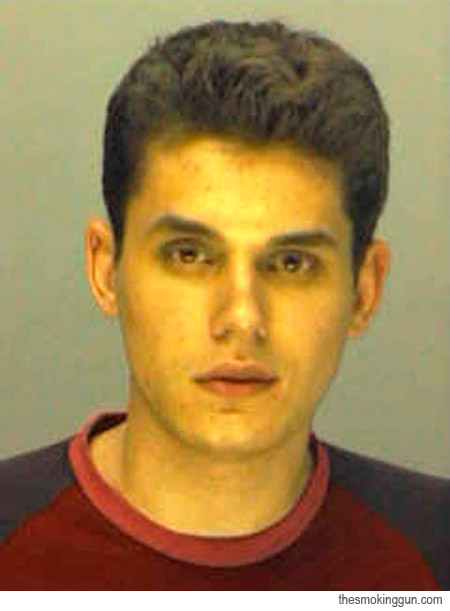 UPDATE: So The Smoking Gun put the mug up around 5 minutes before us. Before we had it in our hands, we put up a post saying we found the mug and the arrest in Atlanta … which we posted before they got the mug up. Bottom line — here’s what John said on Twitter: “if Harvey Levin at TMZ can produce my mugshot, I will donate 25k to the charity of his choice.”