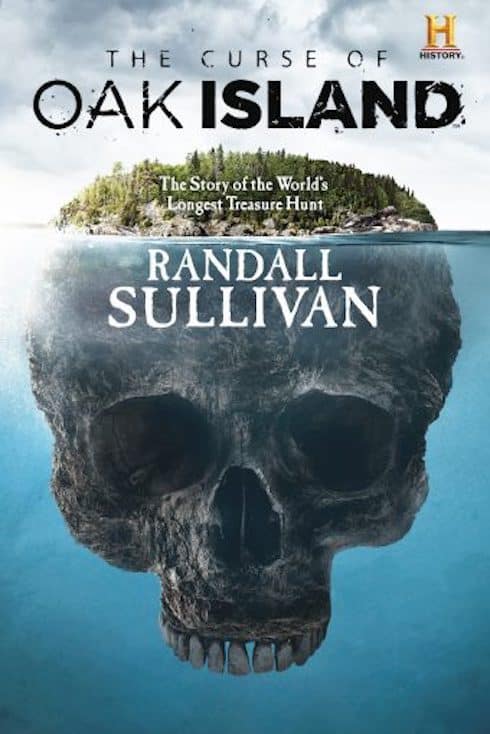 The Curse of Oak Island: The Story of the World’s Longest Treasure Hunt is Randall Sullivan’s 400-page ode to the everlasting mysteries after which the Lagina Brothers have lusted for years. Sullivan, a journalist and true crime writer, explains the island’s history (and a great many of the theories surrounding it) in such meticulous detail that at several points you can’t help but expect him to untangle the Gordian Knot at the center of both the island and the show itself.

But did the Curse of Oak Island get solved? Or is this just another one of its countless digressions? The answer, it may distress (or delight!) you to know, is: Yes.

As we’ve written before, Curse of Oak Island is more or less permanently renewed. It’s one of the most popular shows on all of cable TV, one of just a handful not about sports or politics that can challenge for the ratings crown. It’s gotten more popular every year it’s been on the air; Season 6 is the biggest in the show’s history, and there’s no reason to believe that Season 7 won’t top it.

Part of its popularity is because treasure hunts are cool. And part is due to the show’s producers’ expert teasing of the next big find, the meaningful clue, the possibility that one chance artifact will explain everything and reveal the long-lost fortune.

For example, here’s the teaser for “Homecoming,” tonight’s episode, which is fundamentally the same trailer Oak Island has been putting out for years:

But these familiar beats aren’t a design flaw — they’re 100% deliberate. Curse of Oak Island is, above all, a treasure hunt. Rick and Marty Lagina may be genuinely interested in one day finding something they can call treasure (Marty, who bankrolls the brothers’ endeavors, is probably the more interested of the two). The chase, not the catch, is the reward. If you agree with that, you’re likely a fan of the show; disagree, and you’re probably not.

So did the Curse of Oak Island get solved or not?

Enter Sullivan, who first dived into Oak Island lore with a well-received Rolling Stone feature back in 2004. As he explains in the book, Oak Island “haunted [his] imagination like no other place” he’d been, and the article left him determined to “tell the island’s story in a more comprehensive and entertaining way than any who had gone before.”

This was, of course, well before History’s cameras had begun rolling. But Sullivan isn’t writing about Oak Island the TV show; his subject is Oak Island the place, largely as seen and imagined by the show’s viewers. So, if you’ve ever been more entranced by the show’s long trips into history and theoretical island encounters across history, Sullivan’s book probably needs to be on your Christmas list. Everything Curse of Oak Island has covered, from Frederick Blair to the Knights Templar to the famous 20th century treasure hunter Edward Rowe Snow to the alleged 16th century involvement of the Spanish government to Francis Bacon and alchemy and beyond — and there is no shortage of beyond — gets a thorough consideration here.

Of course, the above group (and please keep in mind that that list is nowhere near complete; listing every figure, entity, and theory Sullivan traces out would take an article almost as long as his book) now includes Rick and Marty Lagina, as well as Curse of Oak Island‘s production. Sullivan is acutely aware of the show’s role in the island’s story and its influence on the island’s history. Near the very end of the book, Sullivan frets over that influence:

Oak Island‘s cancelation-proof ratings aside, it’s this worry that again reveals and reinforces the show’s (and the island’s) primary allure: the mystery itself. Did Curse of Oak Island get solved? Of course not — in fact, solving the island’s mystery is the only thing that would guarantee the show’s cancelation. Treasure is immediate; it’s the hunt that endures.

Sullivan knows this. So, for their part, do Rick and Marty. Rick tells Sullivan as much in an exchange regarding one of Oak Island’s primary theorists — someone who believes that her interpretation of events is the only correct one. “For people like you and me,” Rick says, “it’s impossible to rule anything out, until we know we have the answer. And the only way to get that is to bring up whatever’s down there.”

(Photo credit: Did the Curse of Oak Island get solved via Grove Atlantic)