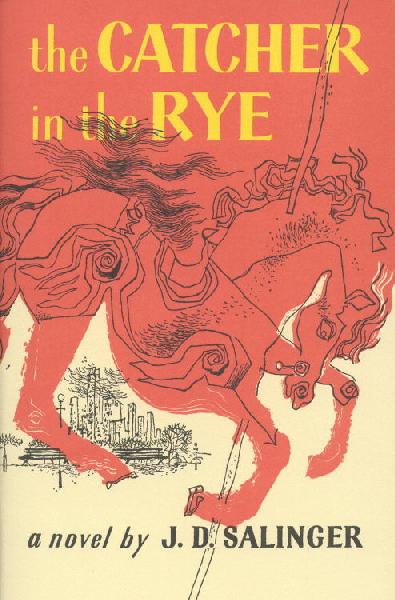 When J.D. Salinger, sequeastered author of the teenage angst-song The Catcher in the Rye, died January 27, 2010 at age 91 he had not published anything since 1965, but he had never stopped writing. Will we ever get to read what he’s been writing all these years?

According to his ex-girlfriend Joyce Maynard he wrote religiously every day, and in 1999 he told his neighbor Jerry Burt that he had 15 unpublished books locked away in a safe. His daughter Margaret Salinger said her father had a filing system for his unpublished writings to distinguish between works he wanted published as is upon his death (marked red), and those to be edited first (marked blue).

This sounds very promising for Salingerphiles, but his camp isn’t speaking. They’ve issued a strong “no comment” to inquiries, and Salinger’s publisher Little Brown & Company says there are no Salinger books in the works.

Whether or not anything will ever make it to the press (or the Kindle,) Salinger must have been working on something all these years. Author Gordon Lish said he had written more about the Glass family, a troubled and gifted troupe of seven children and their vaudeville parents who haunted many of his short stories and books and loosely inspired Wes Anderson’s move The Royal Tenenbaums. Author Jay McInerney fears what Salinger wrote  more in line with one of his latest published works “Hapworth 16, 1924,” which was a tedious work. One of Salinger’s girlfriends told McInerney he was writing mostly about health and nutrition. That’s an odd mixture of possibilities, but after 45 years, they may be a bit of all of that in Salinger’s unpublished trove.

For those of us who used Catcher in the Rye as a salve to sooth our delicate teenage souls, we’re still holding out hope that somewhere in J.D. Salinger’s safe is a manuscript coded red that will go down smooth and familiar like candy.

‘Princeton Mom,’ who advises women to get their MRS degree, lands book deal