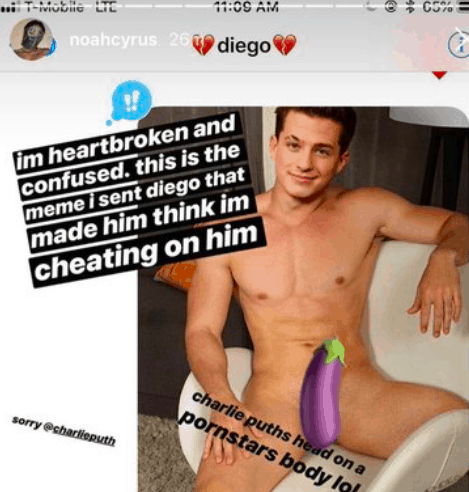 Lil Xan did not buy Noah’s explanation, and revealed that he no longer planned to release his song with Noah “Live or Die.”

“Sorry to everybody, but I’m x-ing ‘Live or Die,’ that sh*ts not coming out, the music video. Yeah, like, you know, people love to just hurt me,” he said on his story.

“It just hurts so f*cking bad. You think you know somebody, and then you just get used. Literally, my whole life is just being used.”

Lil Xan took things even further by posting a video to his Instagram account of himself peeing on her “Betrayed” platinum plaque.

THIS PLAQUE MEANS NOTHING MY FANS MEAN EVERYTHING


Honestly, this sounds like a big misunderstanding over a joke, but there’s probably a lot more to this story than what’s being shared publicly. The public information being shared is super confusing. Noah took to Instagram live, crying and insisting that she “never did anything that I’m getting accused of.”

She said she’d try to explain more in the next few days and told fans, especially young girls to “get away from every f*cing person that goes into your life and just crushes it and crumbles it and makes you feel like a piece of f*cing sh*t.” She further ranted about how boys and men can make girls feel like the problem in a relationship “when you were the one that sat around being there for somebody.”

Just two weeks ago the pair were loving it up on the VMA red carpet. How quickly things can change.