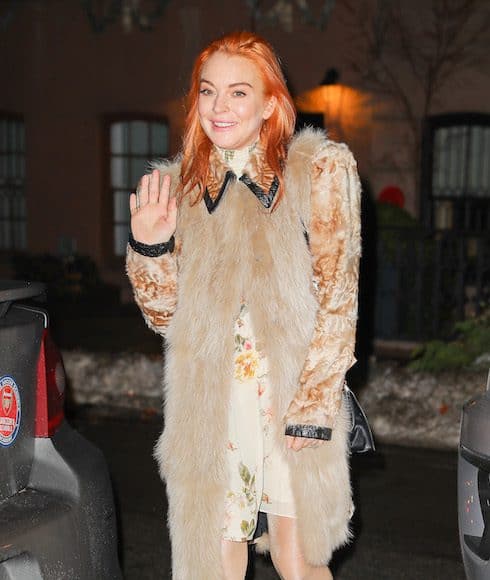 CELEBITCHY – Videos of Lindsay Lohan dancing have gone viral, thanks apparently to her uncanny resemblance to Elaine Benes busting a move on Seinfeld. But is she really that terrible? You be the judge!

THE BLEMISH – Several weeks after Kanye went on Jimmy Kimmel Live and acknowledged that his family has done nothing to diminish his p0rn habits, it has emerged that P0rnhub is negotiating with Kanye to be the creative director for the site’s awards show

THE BLAST – A 22-year-old who couldn’t purchase a ticket to a sold-out Ice Cube concert opened fire on a crowded area before the show this weekend. Video of the shooting isn’t graphic, but it is disturbing, so be wary

THE ASHLEY’S REALITY ROUNDUP – “EXCLUSIVE! What It’s Really Like to Audition For ‘The Bachelor’: A First-Person Account of What Happens At a ‘Bachelor’ Casting Call”

JEZEBEL – It’s still summer though everybody wants it to be fall, so Childish Gambino technically picked the perfect time to drop his guest-star-studded video for “Feels Like Summer”

VOX – So it turns out that America’s “hyper-individualistic culture actually makes us much less happy than we could be.” Read on and be enlightened

LAINEY GOSSIP – At some point over the last couple of years, Noah Centineo stopped being just The Second Guy To Play Jesus On The Fosters and instead became Hot Young Hollywood Guy Everyone Ogles, so here are some photos of him being ogle-worthy

DLISTED – Tilda Swinton really *does* look like the mayor of Whoville in these pics from the Suspiria premiere, and also like David Bowie, and also kind of like an albino Smurf?

LINKS Maddie Ziegler on life after Dance Moms, is Rihanna pregnant, Stringer Bell as The Gunslinger…