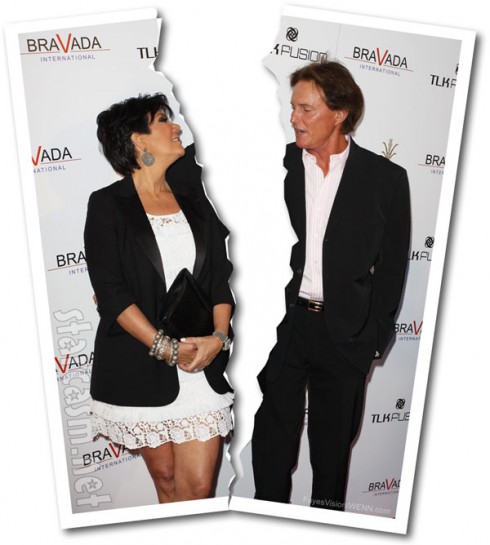 “We are living separately and we are much happier this way,” they said in a joint statement to E! News. “But we will always have much love and respect for each other. Even though we are separated, we will always remain best friends and, as always, our family will remain our number one priority.”

Although the official statement is somewhat surprising, the reality isn’t. Ever since Bruce’s “part-time” move to a Malibu man pad was documented on Keeping Up With the Kardashians, sources speculated the relocation was actually of the full-time variety.

Kris, Bruce and the Kardashian-Jenner kids worked to deny those reports for the past few months. For example, Kris shared a loving picture on Instagram in April for her wedding anniversary to Bruce. She wrote, “Best 22 years I could ever have imagined…hope the next 22 is even more fabulous.”

Even Brody Jenner — who’s had well-documented clashes with Kris — claimed the unique living arrangement had “nothing to do with them breaking up.”

“I stay out of their business, but as far as I’m concerned, they haven’t split up,” he told the U.K.’s NOW Magazine in September.

“[Kris and Bruce] are separated,” Karen told InTouch, adding Bruce has sought a lawyer. “Their relationship goes back and forth. I would love to see them get back together.”

Although there is a chance of reconciliation in spite of the separation, Karen’s hopes look less likely…